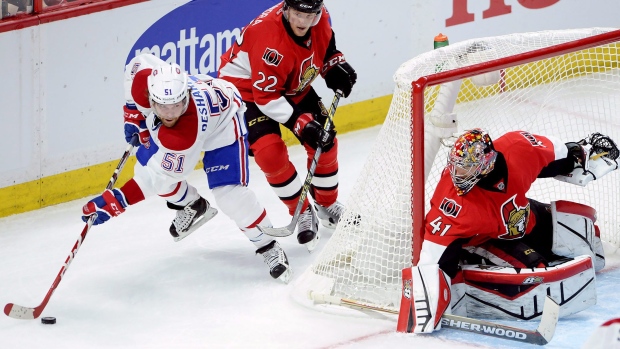 MONTREAL - David Desharnais will miss Game 2 of the Montreal Canadiens playoff series Sunday night because of a flu, the team announced.

He was replaced by Brian Flynn, who had sat out the previous two games.

Desharnais, the second line centre, has no goals and two assists in seven playoff games this season.

The Tampa Bay Lightning hold a 1-0 lead in the best of seven series.