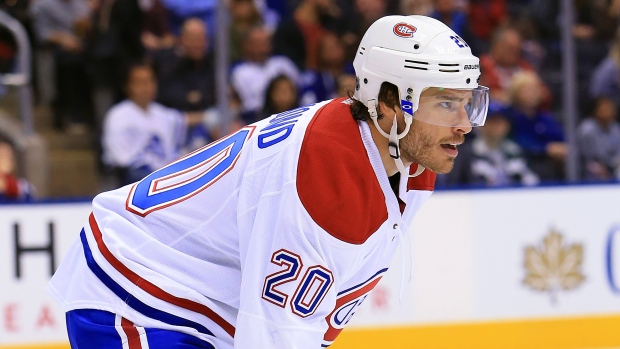 The Montreal Canadiens announced on Thursday that defenceman Zach Redmond will miss six weeks with a broken foot.

The club said that Redmond suffered the injury during practice.

Redmond, 28, had yet to dress for Montreal this season after signing with the Habs as an unrestricted free agent this summer. Over four NHL seasons with the Winnipeg Jets and Colorado Avalanche, Redmond has nine goals and 24 assists in 114 games.