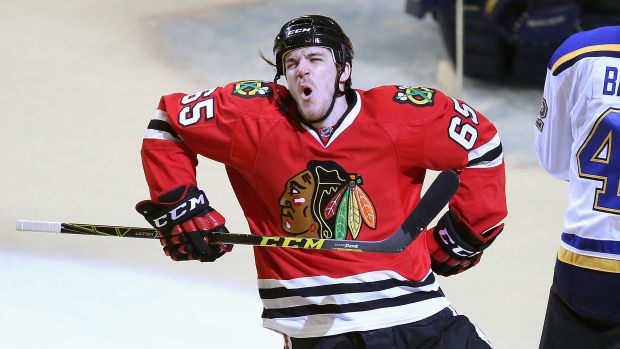 TSN Hockey Insider Darren Dreger reports the deal holds an average annual value of $3.9 million, for a total of $23.4 million.

Shaw was acquired from the Chicago Blackhawks on Friday during the NHL Draft.

“We are very pleased to have agreed to a long-term deal with Andrew Shaw," Canadiens general manager Marc Bergevin said in a release. "As I mentioned last Friday following his acquisition, we are adding a solid character player to our team, a reliable player who plays with grit and a two-time Stanley Cup champion with the Chicago Blackhawks over the past five seasons. Andrew will add more leadership to our team. I had the opportunity to discuss with him over the past few days, and I sense his determination and excitement in joining the Canadiens’ organization for many years to come."

The 24-year-old scored 14 goals and added 20 assists in 78 games with the Blackhawks last season.

As Bergevin noted in the team's release, Shaw has won the Stanley Cup twice and has scored 16 career playoff goals - including two game-winners - and 35 points in 67 postseason games.

The Canadiens sent the 39th and 45th overall picks in this year's draft back to the Blackhawks for Shaw.