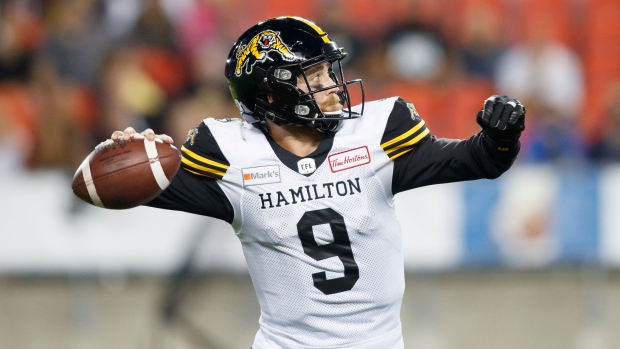 The 27-year-old has been out since September with a lower-body injury and was initially expected to miss four-to-six weeks.

David Watford and Jeremiah Masoli have both seen starts with Evans injured for the Tiger-Cats, who sit third in the East with a 4-5 record. Masoli has started each of the team's past two games, which were both narrow losses by a combined four points.

In five games played this season, Evans has thrown for 644 yards with five touchdowns and one interception.