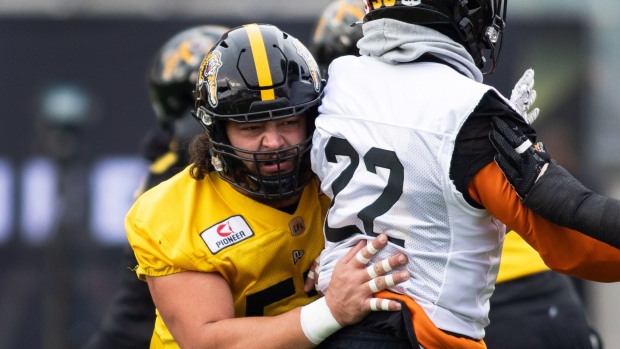 The Hamilton Tiger-Cats re-signed 2021 East Most Outstanding Lineman Brandon Revenberg to a two-year contract on Wednesday.

Revenberg, 29, started all 14 regular season games and all three playoff games at left guard for the Tiger-Cats last season. He was a CFL and Divisional All-Star for the third consecutive season.

“Brandon is not only a dominant football player but an extraordinary human being.” Said Orlondo Steinauer, President of Football Operations and Head Coach of the Hamilton Tiger-Cats. “We have had the pleasure of watching him develop into one of the best offensive lineman in the CFL and we’re excited that he and his family have chosen to remain in Hamilton.”

Selected third overall by the Tiger-Cats in the 2016 CFL Draft, Revenberg has appeared in 85 regular season games with the team and eight playoff games, including two Grey Cups.