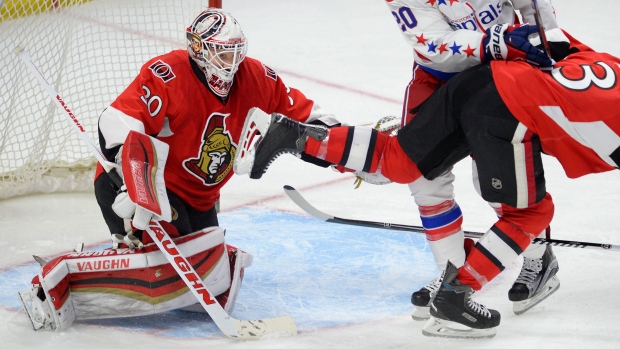 Hammond went 3-0-1 with a 1.63 goals-against average and .940 save percentage over the past week to help keep the Senators' playoff hopes alive.

The "Hamburglar," who stopped 36 of 38 shots in a shootout loss to the Toronto Maple Leafs on Sunday night, is 17-1-2 since making his NHL debut in February.

Philadelphia Flyers forward Brayden Schenn was named the second star of the week after putting up three goals and three assists in three games.

Schenn helped the Flyers pick up five of a possible six points, a run that included a victory over the Pittsburgh Penguins that swept the season series for Philadelphia.

Columbus Blue Jackets forward Nick Foligno was named the third star of the week with four goals and an assist.