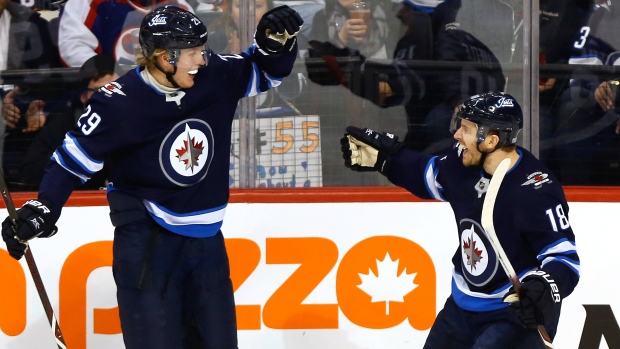 Does Patrik Laine have a legitimate beef with the Winnipeg Jets?

That is the question of the week after a story by Pekka Jalonen – a sportswriter for the Finnish publication Iltalehti – who has covered Laine since the earliest stages of his career.

The subject of Laine’s supposed frustration is the quality of linemates he has played with over the years. Jalonen discussed the story with CBC Radio on Tuesday:

"I felt he was really frustrated … especially five-on-five and with whom he's playing," said Jalonen.

…Laine expressed his dissatisfaction with the line combinations and opportunities he was getting last season but didn't name anyone, Jalonen said.

He only said "somewhere other than Winnipeg he would have the chance to play with the best players," Jalonen said.

If Jalonen’s read of things is correct, there’s an interesting debate to be had about whether or not Laine has been unfairly deployed.

It’s not as if Laine has had a lack of success at the NHL level – his 110 goals over the first three years are sixth best in the entire league, ahead of the likes of Sidney Crosby, Patrick Kane and Vladimir Tarasenko

And Laine certainly hasn’t been buried in the depths of the lineup. Only Blake Wheeler and Mark Scheifele have played more minutes across all situations than Laine, and those minutes are usually of the top-six variety. By extension, Laine’s most common teammates over the period are headlined by Bryan Little, Nikolaj Ehlers, Mark Scheifele and Blake Wheeler. (Though, it is worth noting that the 2018-19 season saw Laine playing more with the likes of fellow restricted free agent Kyle Connor, and less with Ehlers.)

A look at Laine’s most common linemates over the years are broken out below: 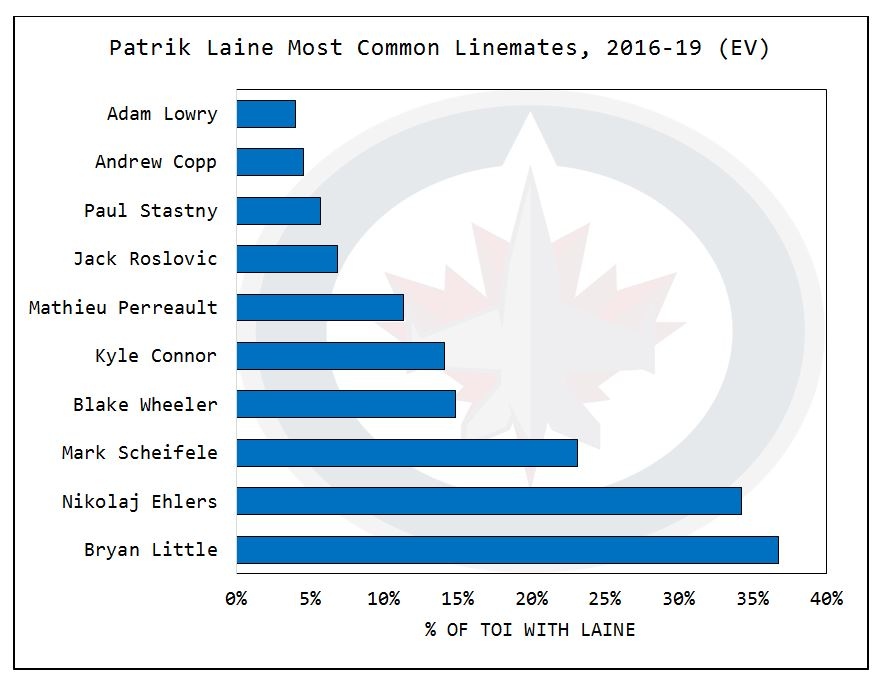 This ice time allocation is a blended top-six role, where Laine historically has played on the team’s second line with spot opportunities to take shifts with the team’s true first-line centre, Scheifele.

There is no argument that Little is an inferior player to Scheifele at this point in their respective careers, but coaches constantly have to weigh the value of creating “super lines” against the value created by spreading their best talent throughout the lineup.

So while Little might be an inferior choice to centre Laine relative to a player the calibre of Scheifele, it’s not as if Laine has played with slouches. His second most common winger (Ehlers) has generally been a more productive even-strength player than Laine has over the years, and his third-most common linemate is actually Scheifele himself: 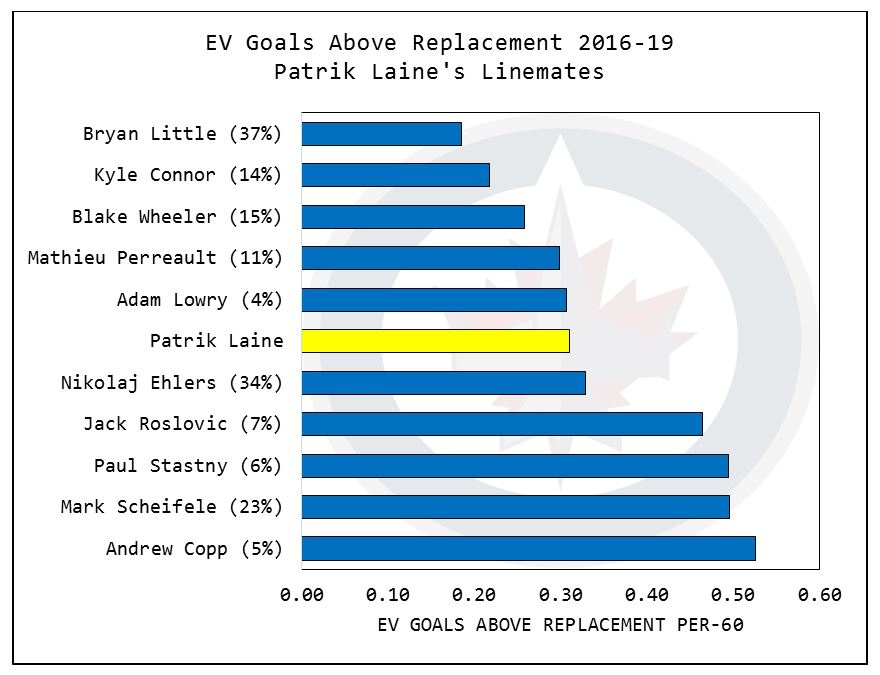 To quickly assess Laine’s standing relative to his peers, I looked at the top 20 goal scorers amongst wingers from last season and their most common centres over the years. 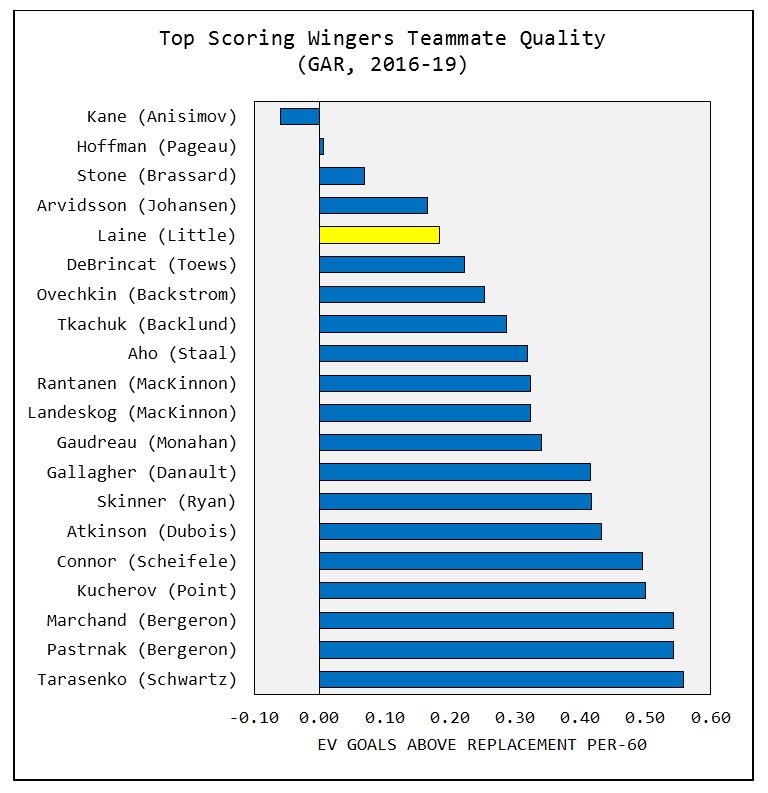 As is the case with most debates in hockey, there seems to be some degree of truth on both sides of the argument. In Laine’s defence, similar scorers around the league tend to play with better centres than the likes of Little. While Little has been reasonably productive over the last few years, he certainly pales in comparison to some of the other centres identified here.

But on the other side of the equation, there are players certainly doing more with less – I mentioned Skinner playing heaps of minutes with the likes of a player like Derek Ryan, but Brendan Gallagher, Sebastian Aho, Tarasenko and Kane have been similarly handcuffed over the years.

The other point that I think is worth raising is that Laine is quite a unique player – one of the three or four best shooters of the puck we have seen over the last couple of decades, but also a defensively challenged forward who requires a bit more insulation than the average forward around the league.

It will be interesting to see how this plays out in Winnipeg. Laine is still in need of a contract, and the 31-year-old Little has five years left on his deal.

Unless the Winnipeg coaching staff has a serious change of heart, there is a real likelihood that the Jets lineup sees similar structure to what we saw a year ago – Scheifele playing with Connor and Wheeler, and Laine as a potential odd man out.