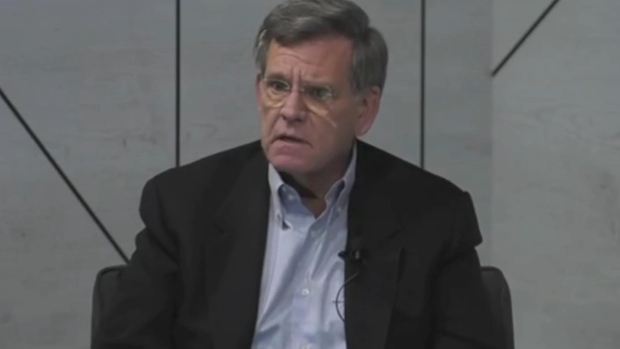 Less than two months after Chicago Blackhawks ownership settled a negligence lawsuit filed by former player Kyle Beach, team owner Rocky Wirtz told a fan forum he would no longer look back at what happened in 2010 or discuss the player.

When Blackhawks CEO Danny Wirtz was asked by The Athletic’s Mark Lazarus at a Blackhawks town hall on Wednesday what the team will do to help empower a player in a similar situation in the future, his father, Rocky Wirtz, interjected.

The owner told Lazarus that they were not going to talk about Beach, the former Blackhawks prospect who alleged he was sexually assaulted during the 2010 Stanley Cup playoffs by former team video coach Brad Aldrich.

Rocky Wirtz very angrily berates me for asking about what the Blackhawks are doing to empower players in the future in Kyle Beach's situation.

That is the WRONG answer.

“I’m going to answer the question, not Danny,” Wirtz said. “I think the report speaks for itself, the people involved are no longer here, we’re not looking back at 2010, we’re looking forward. And we’re not going to talk about 2010.”

“And I’m not either,” replied Wirtz, appearing agitated. “And we’re not going to talk about what happened. We’re moving forward. That is my answer. Now what’s your next question?

“How is it not my business?” asked Lazarus.

“Because it’s not any of your business,” Wirtz continued. “You don’t work for the company. If someone in the company asks that question, we’ll answer it. And I think you should get on to the next subject.

“You want to keep asking the same question? You hear the same answer? Okay, ask the next question.”

Wirtz also repeatedly interrupted a follow-up question by a reporter Phillip Thompson of the Chicago Tribune. “Why do you bring up old business?” Wirtz said.

FYI, Blackhawks CEO Danny Wirtz approached me after the town hall to say he'd be happy to discuss team values and culture and protocols to protect players in the future.

Needless to say, at the time I tried to follow up with Rocky, things got a little heated.

“Tonight, at the Chicago Blackhawks town hall, my response to two questions crossed the line. I want to apologize to the fans and those reporters, and I regret that my response overshadowed the great work this organization is doing to move forward," Wirtz said in the statement. "We have the right leaders and right processes in place to create a safe environment for our employees and players.”

Rocky Wirtz apologizes in a statement for having "crossed the line." pic.twitter.com/83ZdwOmcBj

On Dec. 15, the Blackhawks settled a negligence lawsuit filed by Beach. In a joint statement that day, Beach’s lawyer, Susan Loggans, and Rocky and Danny Wirtz wrote, “The parties are pleased to announce that today’s mediation resulted in a confidential settlement between the Blackhawks and Kyle Beach. The Blackhawks hope that this resolution will bring some measure of peace and closure for Mr. Beach.

“As for the Blackhawks organization, we remain steadfast in our commitment to ensure that, going forward, this team will be a beacon for professionalism, respect and integrity in our community. We remain grateful for the trust and support of the Blackhawks community, and we promise to continue working every day to earn and maintain that trust.”

Beach’s lawsuit, first filed in May, shook the hockey world and led to the NHL team commissioning the law firm Jenner & Block to investigate Beach’s allegations.

On Oct. 27, the firm released a report outlining how the Blackhawks management and coaching staff declined to report to police sexual assault allegations against then-video coach Aldrich in May 2010.