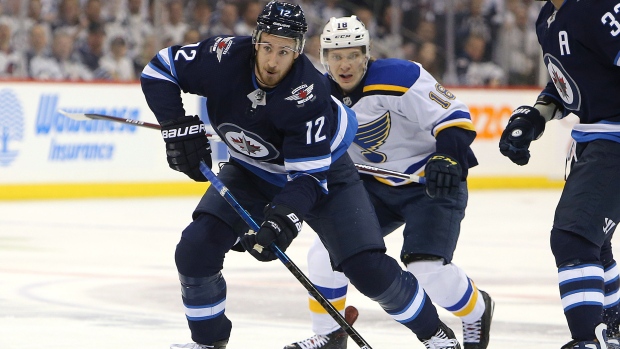 Not to state the obvious, but this deal could have a considerable impact on the summer of 2019.

Hayes is a fine player (more on this in a moment), but it’s not often you see middle-six forwards pull down contracts as large as this one. To put Hayes’ contract into context, he is going to earn about the same percentage against the cap as Philadelphia teammate James van Riemsdyk, Colorado’s Gabriel Landeskog and Nathan MacKinnon, Winnipeg’s Mark Scheifele and Boston’s Brad Marchand.

If you thought notable free agents like Mitch Marner, Matt Duchene, Artemi Panarin and William Karlsson were digging in before the Hayes’ contract, I’d say their bargaining positions have certainly improved.

The cap hit comparables were signed at different points of the contractual arc, but the point here is that Hayes has moved into a pretty impressive class. The Flyers are surely betting on Hayes entering the prime of his career (he turned 27 this past May), and that his 2018-19 was much more indicative of his player value than prior seasons.

It is the latter point I’m most interested in. The phrase ‘contract year’ certainly applies to Hayes, whose production exploded last year. Still, context here is key. We are talking about a forward with decent, if unspectacular scoring rates over his career. (For what it is worth, on scoring rates alone, Hayes has bounced between the 65th and 80th percentiles.)

Hayes saw a pronounced scoring spike in New York and Winnipeg last year, and his overall contributions at both ends of the ice were much more palpable. With Hayes on the ice, his respective teams enjoyed 51 per cent of the shot share, 52 per cent of the expected goal share and 52 per cent of the actual goal share. In the context of both New York and Winnipeg being shaky 5-on-5 teams last year (Winnipeg particularly so in the second half of the season), that’s meaningful and indicative of strong all zones play.

Bringing in Hayes’ individual contributions, how his teams performed with him on the ice, and the relative impact of the player, we can derive a goals above replacement value for Hayes (and any other player). The value of the measure is that it tries to encompass all contributions, not just individual offensive scoring or team goals-against rates with a player on the ice. Hayes’ career is outlined below: 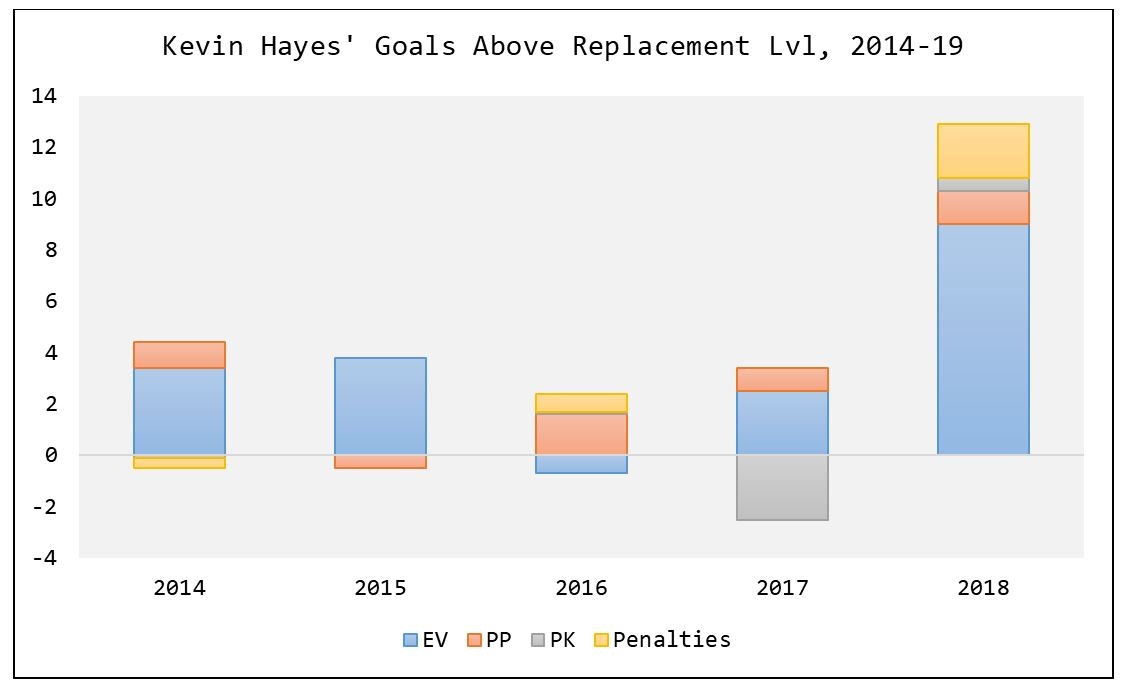 It’s clear that 2018-19 is the very definition of a career year. The four years before, not so much. Those four years saw Hayes add about three goals more – about half of a win in the standings – than a replacement player would have. In other words: Hayes has always been a positive contributor, but what do we do with what appears to be a massive outlier? Moreover, how big of a jump is it when a player moves from, say, three goals above replacement consistently to the monster 13 goals above replacement we saw last season?

Putting it into percentile ranks amongst forward groups in the given season, we can see just how disparate last year was: 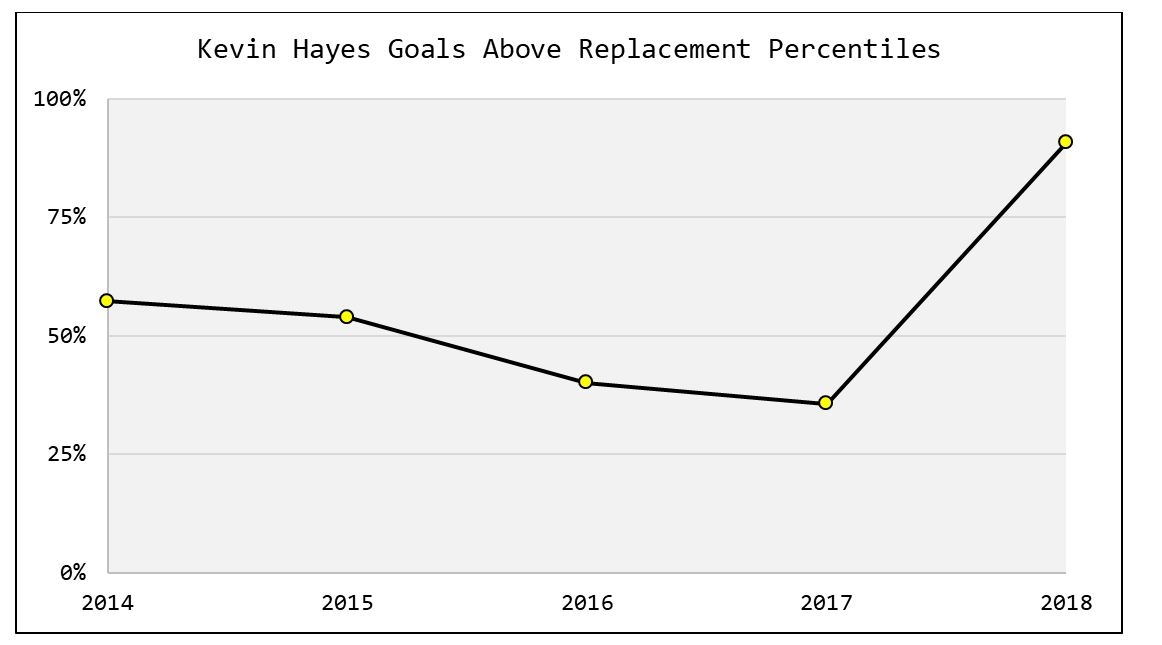 In summary: that’s four years of data emphatically suggesting Hayes is a middle-six forward, and a fifth (and most recent) year suggesting he’s a high-end, first-line forward. Did Hayes really take a massive developmental jump in his age 26 season, or are there other contributing factors at play? If there are contributing factors, what does that mean for a Flyers organization that has just committed seven years and a bag of money to Hayes? And perhaps most importantly to others around the league: Were the Flyers merely the first team in a long line of teams prepared to use big money during free agency, or are the Flyers not fully assessing the market?

Philadelphia surely did their due diligence on Hayes – assessing his teammate quality last year relative to years past (his most frequent linemates were Chris Kreider and Jimmy Vesey in New York, and Nikolaj Ehlers and Kyle Connor in Winnipeg), analyzing his usage and deployment rates, and working through as much video as possible.

If the Flyers have this right, they may have caught a player entering the prime of his career on a perfectly digestible long-term contract. But betting on one outlier year – even when it concerns a player who has been reliable and productive for most of his career – is equally significant.

We will revisit Hayes at some point next season. It’s a fascinating discussion about how to appropriately weigh production in prior years when forecasting future performance, especially when you have play as bouncy as this. For now, the Flyers have another weapon in their forward ranks, and the market has been reset heading into what should be a wild summer.