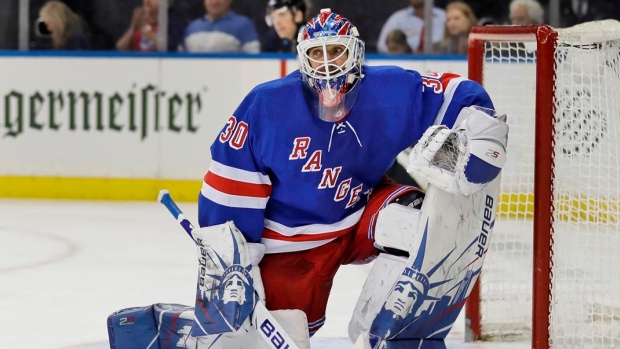 👑 Henrik Lundqvist is, of course, UFA and most certainly wants to return to active NHL duty for 21-22 but, in the short term anyway, isn’t in a position to sign a contract because he’s still awaiting some medical clearances.

However, in the short term, Lundqvist is not in a position to sign a contract as he's still awaiting medical clearance.

The 39-year-old missed all of last season after having open heart surgery in January. He signed a one-year deal with the Washington Capitals for the 2020-21 season after being bought out by the New York Rangers.

"Right after getting back on the ice after surgery, I made it my stretch goal to join the Capitals for the end of the season," Lundqvist wrote regarding his recovery in April. "Training has been going really well and I've been feeling good - but my heart isn't quite ready.

"Last week's checkup showed some inflammation around the hear that now requires a few months more of rest and steady recovery. While it's not what I hoped for, I know this is all part of the process of getting back to 100 per cent."

A veteran of 15 NHL seasons all spent with the Rangers, Lundqvist owns a career goals-against average of 2.43 and a save percentage of .918. He is a two-time All-Star and was the Vezina Trophy winner in the 2011-12 season.