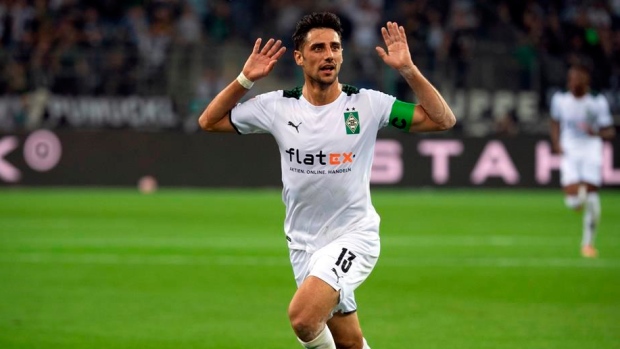 Suat Serdar got the other two goals as Hertha claimed its first points of the season after opening with three defeats, easing the pressure on coach Pál Dárdai before the next must-win game at home against another promoted team, Greuther Fürth, on Friday.

Dárdai faced criticism from Hertha backer Lars Windhorst for offering to step aside in an emotional outburst after a 5-0 defeat at Bayern Munich, while chief executive Carsten Schmidt had criticized the team’s attitude in the losses to Wolfsburg and Cologne.

Hertha was the only team yet to earn a point in the league as it went to Bochum, which is back in the Bundesliga after an 11-year absence.

Bochum was the better team in the first half until it was caught out by a fine individual goal from Serdar in the 37th. He grabbed his second after a poor clearance shortly afterward.

Simon Zoller pulled one back for the home team, but Maolida – signed from Nice on the last day of the transfer window – fired inside the right corner in the 78th after Bochum’s defense failed to close him down.

Altogether the home team had 18 shots — compared to Hertha’s five — but only five were on target.

But Adi Hütter's team had to work hard for it. Japanese midfielder Masaya Okugawa scored in first-half injury time after Stindl's opener. The visitors threatened for long periods before Stindl got his second goal in the 69th. Denis Zakaria made sure of the points shortly afterward.

KOSTIC MAKES UP WITH FANS

Filip Kostic scored on his first appearance for Eintracht Frankfurt since pushing the club for a move to Lazio, but Omar Marmoush equalized late to earn 10-man Stuttgart a 1-1 draw.

Kostic was whistled by some Frankfurt fans when he came on as a substitute in the 59th. He wanted a move to Lazio but Frankfurt said the Italian team’s offer for the player was insufficient. Kostic earned the fans’ cheers when he scored the opener with a precise shot in off the right post in the 79th.

Stuttgart had Waldemar Anton sent off minutes later for bringing down Rafael Santos Borré when the Colombia forward was through on goal. But Marmoush scored on his Stuttgart debut after joining from Wolfsburg to earn Pellegrino Matarazzo’s team a point.

It was the third consecutive draw for Frankfurt, which is yet to win a league game this season.