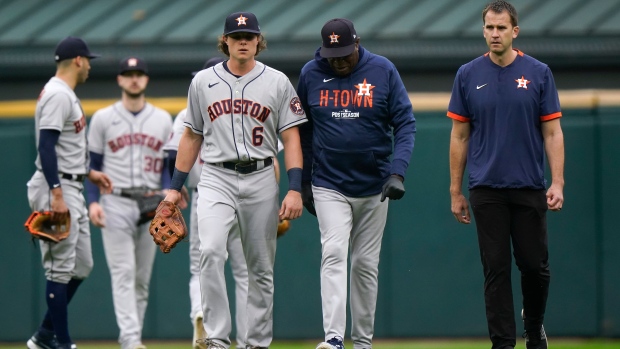 CHICAGO (AP) — Houston Astros center fielder Jake Meyers left Game 4 of the AL Division Series against the Chicago White Sox after he crashed into the wall chasing a home run.

The Astros said Meyers exited with discomfort in his left shoulder after he was hurt in the second inning Tuesday when he tried to make a leaping catch on Gavin Sheets’ solo drive. Left fielder Michael Brantley and right fielder Kyle Tucker immediately checked on him and waved for medical help.

Meyers was examined for several minutes, took a few throws and talked with manager Dusty Baker before walking off the field. He was replaced by Chas McCormick.