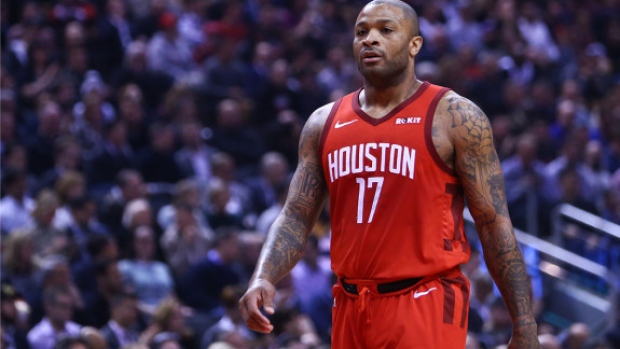 "It’s time for my extension right now, so we’ll see," Tucker said in a story published by The Athletic on Tuesday. "We’ll see what happens. I’m optimistic, we’ll see.”

The upcoming NBA season is the last fully guaranteed year that Tucker has on the four-year, $32 million deal he signed with the Rockets in 2016. His deal is only partially guaranteed for the 2020-21 season.

Tucker, 34, started every regular season and playoff game that the Rockets played in last season.

While Tucker hasn't show much scoring ability during his career - averaging just 7.4 points over his eight previous seasons - he is regarded as a defensive stalwart with the versatility to guard multiple positions.

Drafted in the second round (35th overall) in 2006 by the Toronto Raptors, Tucker spent five years overseas after being waived by the Raptors midway through his rookie season. He signed with the Phoenix Suns upon returning to the NBA in 2012, and spent parts of five seasons with the Suns before being traded to the Raptors during the 2016-17 campaign.

Tucker signed with the Rockets as a free agent the following off-season.