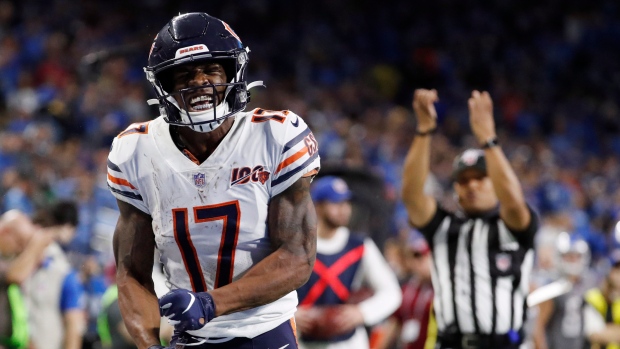 The Houston Texans have acquired wide receiver Anthony Miller from the Chicago Bears, according to NFL Network's Mike Garafolo.

The #Bears are trading WR Anthony Miller to the #Texans, sources tell me and @RapSheet. Long rumored to be dealt, the former second-round pick gets a fresh start.

According to NFL Network's Ian Rapoport, the Texans made a late-round pick swap in exchange for the third-year receiver.

The #Texans made a late-round pick swap with the #Bears and Anthony Miller has an new home. https://t.co/Q0HlC4TeTF