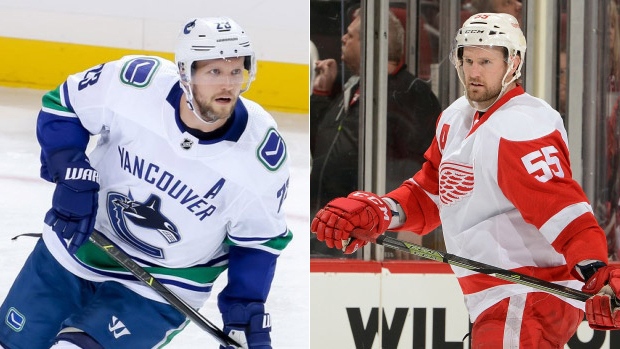 The Toronto Maple Leafs are a serious Stanley Cup contender - we can all agree on that.

But each season brings different opportunities. The key question for the Maple Leafs is "How do they maximize this season's opportunity without compromising the future?"

We're going to look at a couple of different scenarios with the biggest asset the Leafs have...cap space - almost $6 million at this point in time.

Where can we look at this team? We'll start on defence - a topic of conversation with Toronto for a very long time.

You can look at pending unrestricted free agent Alex Edler of the Vancouver Canucks - a big shot on the power play and plays the most significant minutes for any Vancouver defenceman. No one knows Detroit blueliners Niklas Kronwall better than former Red Wings head coach Mike Babcock. Both players have big playoff experience and Kronwall has a Stanley Cup on his resume.

Another player who might not come at a higher price is New Jersey's Ben Lovejoy, who won a Stanley Cup with the Pittsburgh Penguins in 2016. He's that big, right-shot defenceman who can add some key minutes to the blue line.

Now we've also heard Babcock saying he wants heavier forwards who can grind it out, outside the dots.  Philadelphia Flyers winger Wayne Simmonds, a UFA next summer, is a great scoring presence on the power play and he plays a heavy game.

Micheal Ferland of the Carolina Hurricanes once played with Johnny Gaudreau and Sean Monahan in Calgary. He contributes offensively and can create a lot of space for his linemates.

With a manageable $2 million cap hit and one year left on his contract, Kings winger Trevor Lewis could be a real nice piece you can play in different spots in your lineup with two Stanley Cups as well.

So for the Toronto Maple Leafs, using this cap space will be very significant - especially with Auston Matthews and Mitch Marner still on entry-level contracts and Jake Gardiner's future with the team still uncertain after this season. Maximize your position this year and you enhance your Stanley Cup chances.