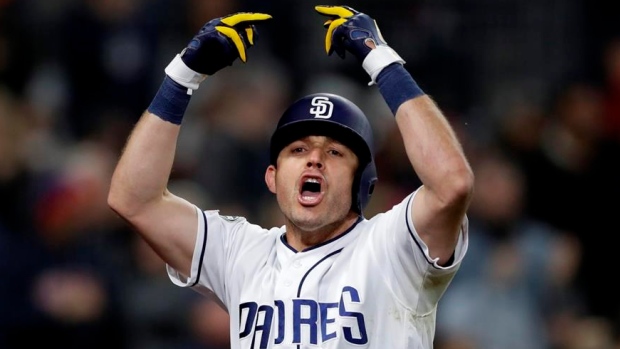 Infielder Ian Kinsler is calling it a career.

Ian Kinsler is retiring, but will remain with the #Padres in front-office capacity, sources tell The Athletic. Kinsler is still owed $4.25M on his contract, and will work out a financial settlement with the club. Full story coming shortly.

Kinsler told The Athletic's Ken Rosenthal he is done between the lines but will remain with the San Diego Padres in a front-office capacity.

Kinsler is still owed $4.25 million on his contract with the Padres and will work out a financial settlement with the club, Rosenthal adds.

“It just felt like this is the end, time to move on,” Kinsler told Rosenthal. “I gave it everything I had. It’s time to do something else.”

For his career, Kinsler spent eight seasons with the Texas Rangers, four with the Detroit Tigers and then split 2018 with the Los Angeles Angels and Boston Red Sox before playing last year out west with San Diego.