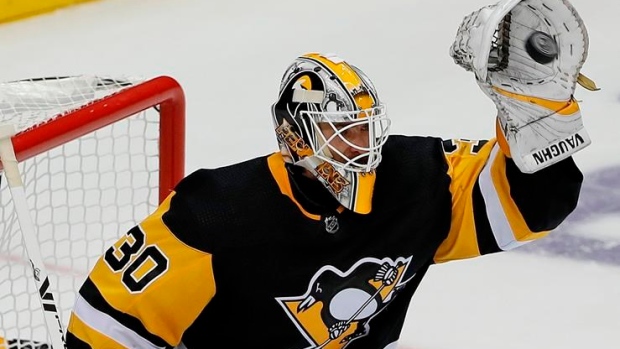 He was, however, ruled out for Thursday's game after the skate with head coach Mike Sullivan declaring the netmined "day-to-day."

Murray sustained a concussion during Monday's practice, but appears to be making a quick recovery.

"I still need to talk to the doctors, but I felt good out there," Murray said Thursday. "I wear the best helmet you can get. It's a fast game and sometimes things happen."

The 24-year-old has had three concussions in the last 30 months.

Mark Masters has your Maple Leafs lines at morning skate in Detroit:

The 37-year-old has been battling a lower-body injury since the end of the pre-season.

James Reimer will get the start in goal for the Panthers against the Blue Jackets tonight.

Reimer is filling in for the injured Roberto Luongo who is out 2-4 weeks with a knee injury.

In the meantime the Panthers recalled goalie Michael Hutchinson from the AHL.

Matt Hendricks is the odd man out as Brown takes his place. -Michael Russo

After spending the last two games in the press box as a healthy scratch, defenceman Dan Hamhuis will draw back into the lineup on Thursday.- Adam Vingan

The defenceman had three goals and 24 points in 80 games last season.

The team announced that forward Nolan Patrick will be out with an upper-body injury for the next 7-10 days. Patrick suffered the injury in Wednesday's 7-4 win over Ottawa.