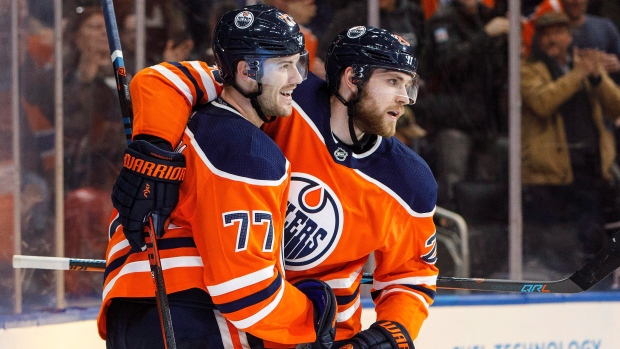 The team announced Saturday that blueliner Oscar Klefbom will miss the next two games after having a minor procedure. It was done to determine if a longer break is needed.

"Minor procedure" for d-man Oscar Klefbom that will keep him out of the #Oilers lineup for the next two games, says Coach McLellan.

Head coach Mike Babcock confirms the team will use the same lines from practice on Friday against the Pittsburgh Penguins on Saturday night.

Robin Lehner gets the start for the Sabres against Vegas Golden Knights.

Lehner starts. Beaulieu is in for Falk & Bailey in for Okposo. #VGKvsBUF

The Chicago Blackhawks have recalled forward John Hayden from the Rockford IceHogs of the American Hockey League.

Forward John Hayden has been recalled from the Rockford IceHogs. #Blackhawks