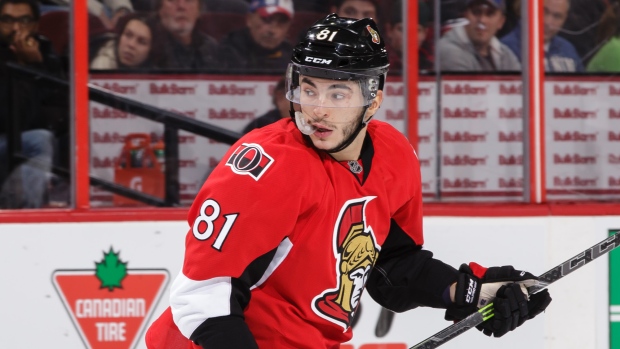 The team has placed Simon Despres on long-term injured reserve.

With a $3.7 million cap-hit, the move pulls the Ducks away from the ceiling, giving them more room to maneuver. The veteran defenceman has been listed as having an upper-body injury.

Mike Smith update from Coyotes: week to week, Lower body. Coyotes say not severe. Will be reevaluated when team gets home

Hurt in Tuesday's game with the Ottawa Senators, Smith is considered week to week and will be reevaluated when the team returns home.

The team has waived forward Ben Smith. The right winger, in his first year with the team, is a -2 through four games. - Team release

Defenceman Jared Spurgeon and centre Erik Haula will be out again on Sunday when the team plays the New York Islanders. Spurgeon is considered day-to-day with an upper-body injury, while Haula could be out for longer. Haula missed Saturday night's encounter with the New Jersey Devils and has been seen in a walking boot. - Minneapolis-St. Paul Star Tribune

Winger Phil Varone has been placed on waivers by the team.

In three games this season, the 25-year-old Vaughan, Ontario native has not gotten on the scoresheet.

Connor Hellebuyck gets the call in net when the team takes to the ice outdoors for Sunday's Heritage Classice at Investors Group Field.

Hellebuyck is 1-1 with a goals against average of 3.44 and a .863 save percentage in two starts. Chris Thorburn and Mark Stuart will be healthy scratches for the team.