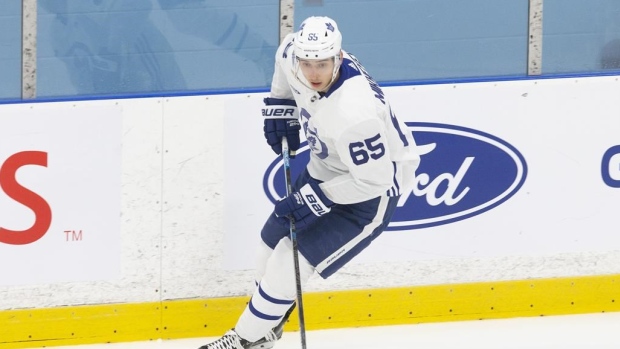 Dubas did not confirm a reported trade request from Mikheyev this off-season, but said he has no plans to move the 26-year-old forward.

"Ilya is going to be on the team and is going to be a big part of the team," Dubas said, adding any questions on a trade request should be directed to Mikheyev's agent.

Mikheyev scored seven goals and posted 17 assists in 54 games with the Maple Leafs last season, his second with the team. He went without a point in seven games during the team's first-round playoff series against the Montreal Canadiens.

A native of Omsk, Russia, Mikheyev joined the Maple Leafs as a free agent in 2019 after four seasons in the KHL. He has 15 goals and 40 points in 93 career games with Toronto.

Mikheyev is signed through this season at a cap hit of $1.645 million.