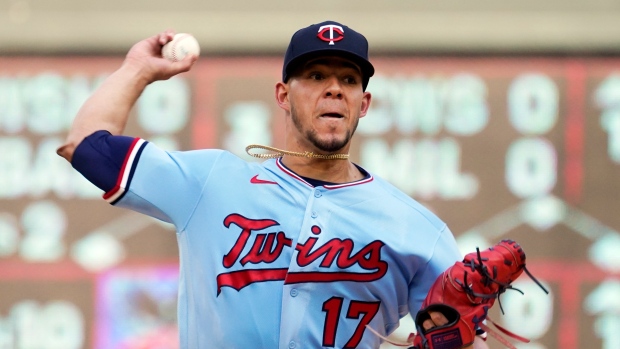 This trade deadline was unlike any other I have ever experienced in my nearly forty years in the game. There were the most impactful and substantial number of players changing teams I have ever seen. The fortunes of some teams have been dramatically improved by their acquiring major league-ready talent, while other’s futures dramatically improved because of the prospects they received in deals.

This deadline will be remembered in history as the one that saw former Cy Young award winners, MVPs, All-Stars, former rookies of the year and Gold Glove winners changing teams.

It was no secret the Blue Jays needed to fortify their pitching staff at the trade deadline to support their outstanding young core of position players. And they did.

It started with the acquisition of lefty closer Brad Hand from the Washington Nationals. His addition to the bullpen follows the acquisitions of Adam Cimber and Trevor Richards earlier this season. Hand is a proven closer who can get big outs in big games. He handles both left-handed hitters and righties well, holding them to a combined .203 batting average this season.

In addition to Hand, the Jays added thirty-seven-year-old reliever Joakim Soria from the Arizona Diamondbacks. He is no longer a closer, but his 229 career saves provide him with the experience to get big outs in any inning.

One of the biggest moves of this year’s trade deadline was Toronto trading for starting pitcher Jose Berrios. Berrios is a solid No. 2 starter with room to improve. He is a durable and consistent pitcher with excellent stuff. The 27-year-old righty is also a great teammate and representative of an organization. He is a sensitive, competitive young man who cares about the team and his teammates. He fits in perfectly with where the Jays are headed with the young core of talent. The Jays paid a high price in prospect talent (Simeon Woods-Richardson and Austin Martin) but it was the right thing to do at this time.

Clubs don’t often get access to pitchers with the talent of Berrios. The fact that Toronto gets him for this playoff run and all next season adds to his value. I wouldn’t be surprised if the Jays sign Berrios to a long-term deal this off-season.

There is no question that Toronto is a better team now than they were a week ago.

But will it be enough?

The Jays are currently fourth place in the AL East, 8.5 games behind the Boston Red Sox. In the Wild Card race, the Tampa Bay Rays are the top team and they have a 3.5 game lead over Oakland who is the second wild card team as of July 31. Toronto is currently 4.5 games behind Oakland with the Seattle Mariners and New York Yankees between them and the A’s.

Let’s take a look at what the Jays' closest competition did to improve themselves:

The Boston Red Sox did not make any significant moves.  They added two serviceable relievers, right-hander Hansel Robles from the Minnesota Twins and lefty reliever Austin Davis from the Pittsburgh Pirates. They are hoping that the return of ace Chris Sale from Tommy John surgery in August will impact their starting rotation. The Sox also added lefty slugger Kyle Schwarber from the Washington Nationals. On paper it sounds good but Schwarber has an injured hamstring and he doesn’t fit their roster. He won’t DH because they have JD Martinez and playing him in left field compromises their defence and would limit the playing time for exciting prospect Jarren Duran.

The Tampa Bay Rays made their big move over a week ago when they added designated hitter Nelson Cruz from the Minnesota Twins. He added a big presence to their lineup and will be a strong leader in their clubhouse. In a bizarre move, the Rays traded their closer Diego Castillo to the Mariners for 31-year-old reliver JT Chargois and an infield prospect. It was such an odd deal for a playoff contender. It appears they took a step back with their bullpen talent to add a minor-league prospect. They needed a starting pitcher but didn’t add one.

The Yankees have struggled offensively this year with a one-dimensional predominantly right-hand hitting lineup. They addressed that by adding two left-handed sluggers, outfielder Joey Gallo from the Texas Rangers and first baseman Anthony Rizzo from the Chicago Cubs. They control Gallo until the end of next season, while Rizzo is a free agent at the end of the year. These two are real power threats who add balance to the lineup which should help everyone in the lineup. This will allow manager Aaron Boone the ability to separate his left-handed and right handed hitters so that opposing pitchers can’t get into a rhythm against them.

The Yankees did not address their pitching very much at all. They added lefty starter Andrew Heaney from the Los Angeles Angels but he is strictly added depth. The Bronx Bombers did not do enough to run separate from the pack. Their offence will be better but their pitching is not. They are hoping ace Luis Severino will come back from Tommy John surgery and establish himself at the front of the rotation again.

The Yankees are better but not in every area that they need. They did not address the pitching as much as they should have.

The Athletics are currently the second wild card team and 4.5 games ahead of the Blue Jays. They made a number of good moves. They traded for left-handed reliever Andrew Chafin from the Cubs to add balance and depth to their staff. They made a big splash trading for centerfielder Starling Marte from the Miami Marlins. Marte is a two-way player who has power and speed. He improves the A’s offence and defence.

In addition to Marte and Chafin, Oakland traded for utility man Josh Harrison and catcher Yan Gomes from the Washington Nationals. They both improve the bench for manager Bob Melvin. They add experience and leadership and will help Oakland down the stretch. They will be tough to catch in the standings over the next couple of months.

The Mariners (55-48) have been a surprise team this season. They are just 2.5 games behind the Oakland A’s but I am not buying that they are this good. They have a -54 run differential which means their expected record should be 47-57.

Seattle swapped closers by trading reliever Kendall Graveman to the Astros and trading for Castillo from the Rays. The Mariners also picked up infielder Abraham Toro from the Astros who may be the third baseman of the future. And added lefty Tyler Anderson from the Pirates who is a backend of the rotation guy whose stuff is better served in the National League. They are slightly better but are due for a correction.

All In all, the Jays have a real shot of making the playoffs as a wild card team. But it won’t just be the new players who will have to make the difference. It is critical that they get improved performance from the rest of the pitching staff. The bullpen should improve as the pitchers will be in more appropriate roles with Hand and Soria taking on the high-leverage innings.

In the National League, the big winners were the Los Angeles Dodgers. They got ace pitcher Max Scherzer and All-Star shortstop Trea Turner from the Washington Nationals. The rich got richer. They also acquired lefty pitcher Danny Duffy from the Royals who protects them in the rotation and bullpen. The Dodgers’ deals make them the team to beat in the NL West. When healthy, the Dodgers lineup will be deep and balanced and they will have a dominant rotation with Scherzer, Walker Buehler and Clayton Kershaw.

Another big winner in the AL were the Chicago White Sox. They added Gold Glove switch-hitting second baseman Carlos Hernandez from Cleveland and two Cubs relievers including future Hall of Fame closer Craig Kimbrel. This gives the Sox a two-headed monster at the end of the game with Kimbrel and Liam Hendricks. They now have a shut-down bullpen. The White Sox have no obvious weaknesses.

The biggest losers are the Colorado Rockies. They failed to trade any of their three free agents that were coveted by playoff contenders. Shortstop Trevor Story is a former All-Star, Silver Slugger and Gold Glove winner. He is an impact superstar that could have brought back a significant return in a trade. Jon Gray is a quality starting pitcher, who like Story, is a free agent at the end of the season. He too, could have landed a couple of good prospects. Closer Daniel Bard would not have had as much trade value as the other two but he still should have been traded. It makes no sense for the last place Rockies to hold on to these players. Only Story would bring back a draft pick because of the qualifying offer.

Ownership in Colorado has a bizarre belief that they shouldn’t be a farm system for the good teams to help them win. That logic is a completely ludicrous. Trading players may help other teams but it also help you far more than just settling for a draft pick. The Rockies could have brought back at least six prospects if they had traded the three major leaguers, instead they may get one extra draft pick. Honestly, it’s malpractice.