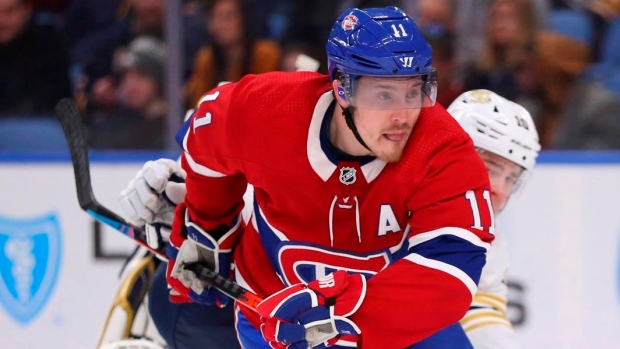 TSN Hockey Insiders Darren Dreger and Frank Seravalli join host Gino Reda to discuss whether or not Brendan Gallagher could be dealt, what the remaining free agent market looks like and how the Tampa Bay Lightning plan to navigate their way out of a cap crunch.

Is Gallagher’s future as a Montreal Canadien in doubt?

Montreal has thrown out over $55 million this off-season to improve up front. What does this mean for Brendan Gallagher? 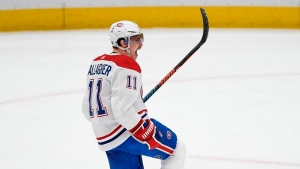 Dreger: Veteran Brendan Gallagher is going into the final year of his contract with the Montreal Canadiens. Now up until, I would say, a month ago, if you would have questioned the future of Gallagher in Montreal, I would have said "No, no, no, he’s a long-term fit and probably the next captain for the Canadiens." But contract negotiations haven’t gone as expected. Up until recently, there was good dialogue. But as you mention, the Canadiens acquired Josh Anderson. They signed Tyler Toffoli and all of a sudden now, Marc Bergevin is playing hardball with Brendan Gallagher’s camp. Now, granted he is going into the final year of his contract so Bergevin does have the better part of that year to figure it out. But I can tell you guys this has sparked trade speculation. Some openly and fairly wondering whether or now Bergevin now would consider trading Brendan Gallagher or use his services for the remainder of the year. No matter how it shakes down, there will be no shortage of teams or interest if Gallagher hits the market.

Seravalli: And you can put the Vancouver Canucks right at the very top of that list of teams that would be interested in Brendan Gallagher if and when he makes it to the block in Montreal to bring Gallagher home. Of course, he makes his off-season home there, starred for the Vancouver Giants, and more than that, the Canucks at large are interested in a winger. General manager Jim Benning after acquiring defenceman Nate Schmidt on Monday night from the Vegas Golden Knights is certainly perusing the market for both trade targets and also the free agent market to try and figure out how he can add some punch to his team on the wing. I think it all depends on cost. I think the Canucks, at this point, have some ability to move out some contracts, whether or not it’s Loui Eriksson or Brandon Sutter, who knows what happens with Jake Virtanen the restricted free agent. So, Jim Benning has some flexibility now and it all is going to depend on cost. And so they could go back in a budget item with a guy like Josh Leivo, but moving forward I think Benning would like to make one more splash if he can this off-season.

Where does the free agent market stand now?

About half of the players on TSN’s Top 100 pre-Free Agent Frenzy list are still available. We knew the flat cap was going to be a problem, but are things even tighter than we initially thought? 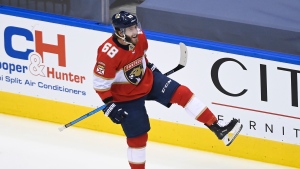 Dreger: It feels that way. Certainly, to those player agents who are still in the mud and likewise their clients, the players. I mean you’re right, most of the big-name guys are now off the board but I’ll give you an example how paralyzed the system is right now. I can give an example of a player who was making between $3 million and $4 million last year – a very good player – who has had teams offer a lot of one-year deals at $1 million or less. So, teams are value shopping if you want to put it that way which is being polite. They’re looking for a steal of a deal and that is not sitting well with the player agents or the players appreciably and understandably. To the point where there’s some grumbling and looking back in hindsight in what could have been included in the collective bargaining agreement. Why didn’t they pursue franchise exemption for a player so every team could have that one guy? Or looking at some of the other things like simply raising the cap floor. Not the ceiling, the cap floor. But most of this is predictable and the system is where it’s at most expected would get there.

Seravalli: And one player who has held firm on his value and his belief is Mike Hoffman. Who is somewhere probably between $5.5 million and $6.5 million on a one-year deal. A guy who averages 27 goals a season. He can be had on that one-year deal. The teams that are most interested at this point are the Boston Bruins, the Columbus Blue Jackets and also the Nashville Predators. But other teams like the Habs, like the Canucks could be in the mix if they’re able to move pieces.

With four years left at $5 million per season, what’s the latest on that front? 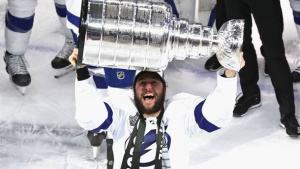 Seravalli: Well there’s been some increased flexibility with the Johnson camp and the Tampa Bay Lightning. He’s expanded his list of available teams that he would accept a trade to from five to eight. They’re willing to accept some other suggestions as well from the Lightning in order to best facilitate a move and help get the Lightning out of cap jail. But at this point, the Lightning are going to have to swallow hard here and be prepared to make a trade much like the Vegas Golden Knights did previously with Paul Stastny and Nate Schmidt. Perhaps even including a draft pick to move on from Tyler Johnson or one of a number of other players that they would consider doing so including Alex Killorn, Yanni Gourde, a number of players. But the real hang-up in Tampa Bay is that all of those players – with the exception of Killorn who has a modified no-trade – is that they hold all the cards like Johnson does with full no-trade moves.

What were the financials of the bubble?

It worked about as well as expected, but it didn’t come cheap, did it? 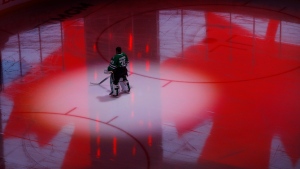 Seravalli: That’s right. At an estimated cost of $75 million to $90 million. The NHL believes a cost benefit analysis still is in their favour with the continuity and awarding a Stanley Cup. And also, the revenue that it brought in and preserved from last season.

Reda: And in terms of the re-start, the NHLPA has now assembled its players committee, they’re expected to begin discussions with the NHL in the next week or so.