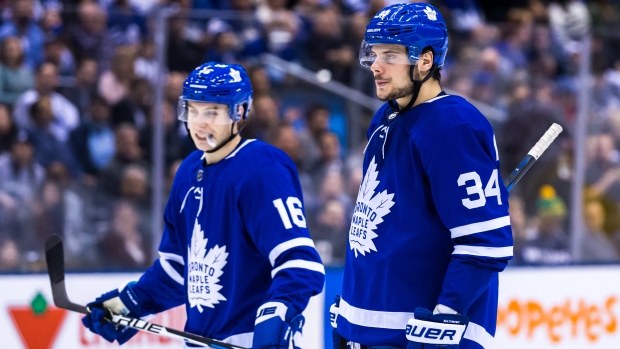 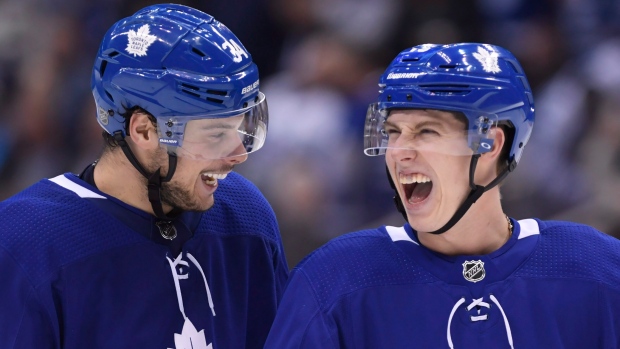 After William Nylander signed his deal with the Maple Leafs, people starting wondering about Auston Matthews and Mitch Marner. Are the two of them a package deal right now?

Dreger: Potentially, but I can tell you this. Marner and his camp are committed to getting the Matthews deal done first before they get into the heavy negotiations with GM Kyle Dubas. That remains unchanged, that’s been their position effectively since Day 1.

There are some who believe that the Maple Leafs would like to get Marner done on a six-year term at $8-9 million per season. Forget about it, that’s not happening. That’s way too light and maybe the Marner camp pushes back with a four-year contract position which would walk him into free agency. That’s not going to happen either, but Marner wants to make sure he’s got fair comparables and that includes whatever the Maple Leafs sign Matthews to.

There’s going to be a lot of attention on the pending unrestricted free agents leading up to the Trade Deadline. What’s the latest?

LeBrun: Columbus Blue Jackets forward Artemi Panarin’s plan hasn’t changed. Panarin is going to meet with agent Daniel Milstein during the All-Star Break, where they’re going to get a clear indication of what the player wants to do and then they’ll let Columbus know. What’s interesting, of course, is the Blue Jackets may not necessarily trade Panarin even if he decides not to sign long-term. They may decide to make him a self-rental.

Jeff Skinner – a lot of Sabres fans wondering where that’s going to go. His agent, Don Meehan, is playing phone tag this week with Sabres GM Jason Botterill and they plan to meet very soon.

The two Ottawa guys, Matt Duchene and Mark Stone, could meet with the Senators next week. These meetings are starting to happen because teams have to know before they get into February and the Trade Deadline.

Looking ahead at the Trade Deadline and wondering who the buyers and sellers will be; and starting to hear about one pending unrestricted free agent in particular.

Dreger: There are a handful of them but you’re talking about Philadelphia Flyers forward Wayne Simmonds. The Flyers haven’t made a decision yet on the direction they want to go with Simmonds. They know that he’s a big part of the culture in Philadelphia and has been for a long time, but he’s also a highly valued commodity.

If you look at some of the contending teams - the Toronto Maple Leafs, Winnipeg Jets, and Calgary Flames from a Canadian perspective - why wouldn’t they have interest in Simmonds? He could help the power play and he’s a grit guy.

Then you throw in the other element, I don’t think Simmonds wants to wait around for too long to determine his direction moving forward. I think we’ll be talking a lot more about Simmonds in the days and weeks ahead.

The NHL has to make a very important decision when it comes to international hockey right around the All-Star break. What’s the latest on the World Cup?

LeBrun: It’s not just the NHL’s decision, it’s up to the players as well. The NHLPA and the league will meet before the end of the week once again to discuss the World Cup of Hockey. I asked one source when’s the deadline? And the answer was the deadline has already passed, this is in the 11th hour.

When these two sides meet, and they’ve already met a number of times since the start of the season, the World Cup discussion tends to expand into Collective Bargaining Agreement discussions. So it will be interesting for two reasons. Can they salvage a 2020 World Cup? And if they do – and that’s a big if – does it pave the way for some feel-good CBA talk over the next 12 months here.

What’s the latest with Erik Karlsson, currently on a 13-game point streak, and the San Jose Sharks?

LeBrun: They can talk whenever they want but they can’t sign an eight-year deal until after the February 25 Trade Deadline. The two sides let things stand after the trade in September, they wanted him to get used to his new surroundings. My understanding is Meehan, Karlsson’s agent, and Doug Wilson, the Sharks’ GM, have chatted a bit this week to set up something for after the All-Star break.