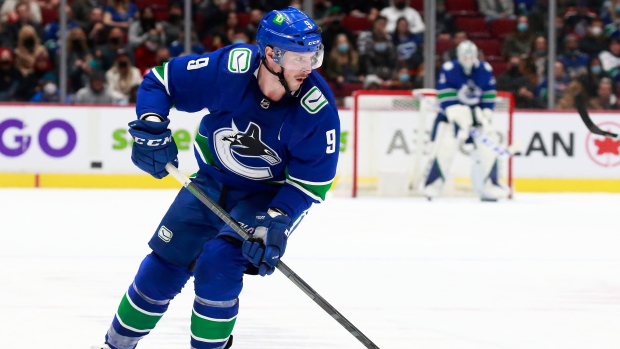 he Toronto Maple Leafs are one of a handful of teams that reportedly have interest in Canucks' forward J.T. Miller, and as the TSN Hockey Insiders explain, Leafs' assistant GM Laurence Gilman has been seen scouting the Canucks. What could this mean as the deadline approaches? As well, could the Russia-Ukraine conflict have an impact on KHL players like Andrei Kuzmenko signing in the NHL? The Insiders have all that and more.

How will the Russian invasion of Ukraine affect KHL players signing with NHL teams this off-season? 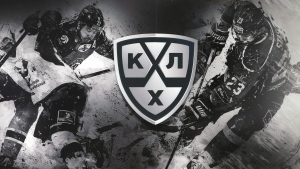 Darren Dreger: There isn’t a firm answer yet, it’s a developing story. I can tell you that the National Hockey league and NHL clubs are closely monitoring the war activity involving Russia. But what if Russia closes its borders? What if the Canada-United States federal governments stop work visas for the Russian players hoping to come over and make their way in the NHL?

It could become very problematic for a top unrestricted free-agent prospect like Andrei Kuzmenko. Now, Kuzmenko is trying to stick to a plan. He was hoping to play for his country at the Beijing Olympics, and that didn’t pan out for him. He was hoping to be a part of the men’s national team at the World Championships in Finland; well Russia is banned, so he’s not going to play there.

Right now he’s focused on the KHL playoffs and he isn’t going to make his decision until the end of the NHL season. But, politically, he might get trumped in making that decision. 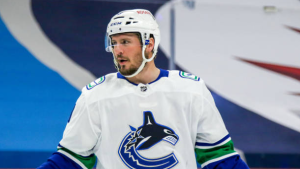 Pierre LeBrun: Gilman was there for back-to-back games. He was spotted at Madison Square Garden to watch Rangers-Canucks and he was in New Jersey to watch Devils-Canucks and yes, we’re told he was largely there to watch J.T. Miller.

Of course, that’s not surprising, the Leafs have been linked to Miller before but the Leafs are among several teams that have kicked tires with Vancouver on him. I don't think there’s anything too serious at this point except for the Leafs doing their due diligence.

When I talk to other teams around the league, I get the idea that Vancouver is not that into the idea of trading Miller. A team is really going to have to step up to acquire the engine of the Vancouver Canucks from that roster. They’re certainly answering calls but we’ll see where that goes.

Chris Johnston: Well Pierre, the asking price is believed to be slightly more modest when it comes to Vancouver forwards Brock Boeser and Connor Garland. Perhaps that is a reason they may be more likely, one or both of them, to be moved at the Trade Deadline rather than Miller.

There are NHL teams that have been in contact with Vancouver over that. At this point the Canucks are still on the fringe of a playoff position, although they are getting closer to making some decisions. As we look to what those potential trades might look like, I believe that they are looking for some players, as opposed to just future assets like draft picks.

Dreger: It’s been a bit of a surprise. Only a handful of clubs have called the Canucks on Miller. That might be because they know Vancouver's preference is to likely hold onto him for now as he’s got another year on his contract.

The New York Rangers would like to get their hands, once again, on Miller and he is a target of theirs as is Rickard Rakell of the Anaheim Ducks. Chris Drury and the Rangers, given the opportunity, would like to bolster his blueline, so they are among the many suitors in on Montreal Canadiens’ defenceman Ben Chiarot three weeks before the deadline.

How will conversations work on the futures of Jonathan Toews and Patrick Kane in Chicago as the Blackhawks embark on a rebuild? 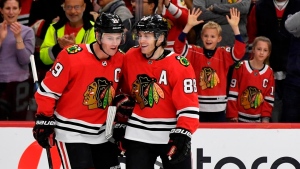 LeBrun: I like what Kyle Davidson did this week, according to a few sources. Before he went out and had his news conference where he was made the full-time GM, he got Toews and Kane as well as Seth Jones and Marc-Andre Fleury, into a room and explained to them that he’s about to tell the world that he will be embarking on full rebuild for the Blackhawks. I think those four guys really appreciated the communication, the honesty, and the transparency.

What it means for those guys remains to be seen. Patrick Kane is obviously the most interesting player in terms of what he can bring to another team. But my sense right now is, I don’t think the Blackhawks think that he’s at play before the March 21 deadline.

For one, Kane might not want to leave Chicago before the end of his deal in a year and a half. But even if he does, that’s more of a summer conversation considering his $10.5 million cap hit.