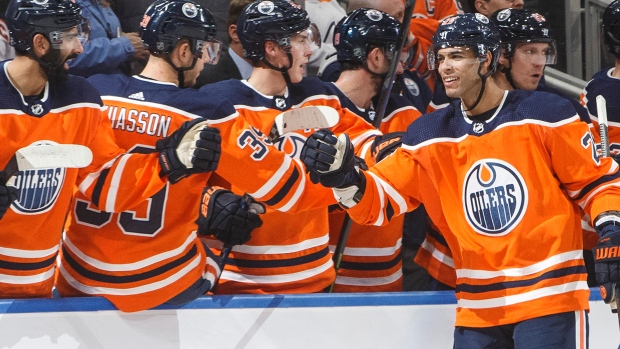 After locking up Zack Kassian, the Oilers have now shifted their focus towards extending Darnell Nurse as contract talks between the two sides heat up. The TSN Hockey Insiders discuss the latest on Nurse's negotiations with Edmonton, Toronto's search for an upgrade in goal, the interest around the NHL in Mike Hoffman and Josh Anderson, and more. 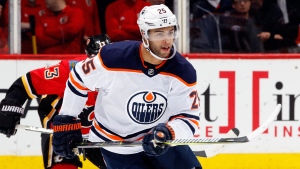 Bob McKenzie: Talks have been progressing. Over the last seven to 10 days after the Kassian deal was done, the Oilers and Darnell Nurse have had some considerable discussion that seems to be headed in the right direction. Now it’s not by any stretch a done deal but they are making progress. Now in an ideal world, the Oilers and Darnell Nurse would do a six- or seven- or eight-year long term deal but the Oilers can’t do that because of their cap situation. They just can’t. Especially in the next year or two, it’s problematic. So the likely solution is to do maybe a two-year deal with Darnell Nurse. I know Edmonton Oilers fans are going to say “oh my goodness in two years he’ll be an unrestricted free agent, you’re walking him to free agency.” That’s not really the point here. Darnell Nurse wants to be an Oiler long term and the Oilers know that he is a core player. But they’ve got to overcome that cap problem and by doing a two-year deal at some number maybe less than $6 million a year. It would satisfy the short term needs of Nurse but it would also allow for the possibility of coming back a year from now and doing a long-term deal that gets them over the salary cap crunch so we’ll keep an eye on these negotiations. 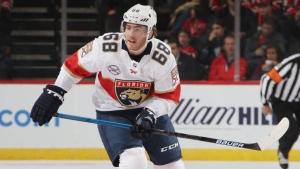 Pierre LeBrun: We mentioned with the Oilers before the trade deadline that a top-six forward would be top of their list in terms of potentially buying. I can’t tell you this particular player will be on their radar but I can tell you some teams have shown interest in Mike Hoffman of the Florida Panthers. Now the Panthers of course sitting in a playoff spot so it’s not like they’re shopping players or trying to get rid of players, but I do think they would listen on Mike Hoffman. They asked for his 10-team no-trade list in late December, it was submitted and I think at the bottom line with Florida is this they are a high-scoring team, they have young players coming up the pipeline, Owen Tippett comes to mind, who can fill in if they ever dealt Hoffman. The bottom line is Florida needs a defensive addition on the backend. That’s what would make it happen. It doesn’t mean they’ll move him, this could be something that plays out until the end of the year. 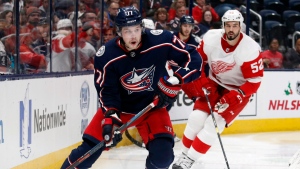 Darren Dreger: Free agent territory is a hot commodity this time of year obviously with the trade deadline looming. I know that a number of teams are calling on Josh Anderson of the Columbus Blue Jackets who will be a restricted free agent on July 1. It doesn’t make a ton of sense for Jarmo Kekalainen to consider trading him between now and the Feb. 24 trade deadline, unless somebody just blows him out of the water and makes a deal he can’t refuse. Beyond that, of course you’d have to consider Josh Anderson is potentially being in play at the draft if the Blue Jackets aren’t successful in extending him. 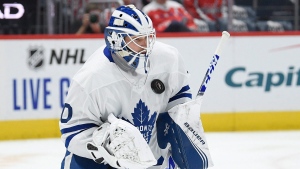 McKenzie: I would expect the Toronto Maple Leafs hunt for a backup goaltender. It’s intensified after last night’s game against the Florida Panthers. The good news is that Freddie Andersen is day-to-day so maybe it may not be as serious as originally looked. And the other good news is that in his last four starts, and I stress starts, as a backup, Michael Hutchinson has gone 4-0 but you still get the feeling that last night was a tipping point for the Leafs in terms of getting an upgrade in net. In his last three relief performances, Michael Hutchinson has not been good. Three goals on 13 shots last night, four goals on 17 shots against Florida a couple of weeks ago and three goals on 16 shots in a relief performance against Edmonton on Jan. 6. A couple of those were winnable games, they’re not getting what they need so they’ve got to go out and look but With the cap considerations and the market being what it is, it’s going to be a difficult needle to thread.

Reda: Last week on Insider Trading Darren, you brought up the fact that the NHL was conducting an investigation for alleged recruiting violations by the Arizona Coyotes. Where are we with that? 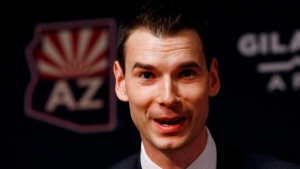 Dreger: It’s an ongoing investigation but it’s shifting a little bit into the legal realm as lawyers get involved and they help guide the process and analyze the findings from an NHL perspective. Now it’s believed there has been some form of physical fitness testing conducted by the Coyotes, strictly prohibited under NHL rules of course how many draft eligible players have been tested is still being processed at this point. Appreciably all of the allegations this case is drawing and [it's] creating quite a stir around the National Hockey League. Once the investigation has been concluded, then commissioner Bettman will dispense the punishment.

Reda: Now with the new ownership group in Arizona, you can bet the NHL is in no hurry with this investigation. They want to get it right.