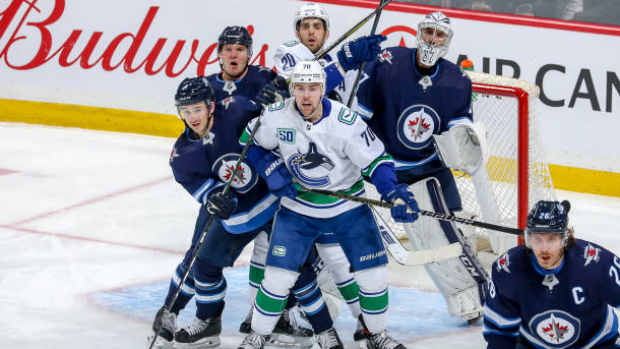 TSN Hockey Insiders Darren Dreger, Pierre LeBrun and Frank Seravalli joined host James Duthie via videoconference to discuss possible formats the league could use if and when it returns this summer as well as the financial implications and costs of returning to play.

What could the league look like if it comes back?

If the NHL can finish its 2019-20 season – and it’s a big if – is there a leading format for what the league’s structure could look like?

LeBrun: Well I think what’s starting to happen is perhaps some momentum. Now, what’s happened this week is Monday on the Board of Governers call, Gary Bettman, I’m told said that ‘Listen. Sixteen teams, 20 teams, or 24 teams are all options for a playoff format at this point.’ Now, again on Wednesday, in the Return to Play Committee call, I’m told that 16, 20 and 24 were again talked about as options. But of those three from talking to people around the league both on the team side and also on the players’ side, 24 teams seems to be gathering a bit of traction. The idea of a playoff format with 24 teams. Now, it’s not everyone’s cup of tea. I’ve spoken to some people who said well suddenly 24 teams that means you bring in a Montreal on the eastern side, you bring in Chicago on the west, the two 12th-place teams. Those two teams were sellers at the trade deadline and now you’re inviting them in potentially to a playoff play-in. It’s not for everyone. There’s going to be debate right until the end here but what we’re really seeing is the idea that after really really wanting to play out the regular season and involving all 31 teams, that perhaps those bottom-seven teams, who clearly wouldn’t have a lot of motivation to come back and play some regular season games and then shut it down again, might be discarded which would be just fine with them. But again, let me stress. Nothing is decided. These are just the conversations that are being had between both sides this week.

Dreger: There’s a lot of that conversation, you’re right. And you could easily adopt a play-in format that trims 24 down to the traditional 16 playoff teams. And by doing that you don’t have regular season games. You have three to six play-in games. And that means you can get through the process more quickly. And the reason behind that would be the preparation for a second wave of COVID-19. If the NHL once again has to shut down in September, maybe October, maybe drift into November, there’s a built-in break, and then they reset and get going on the 2020-21 season again as late as December. Now the other issue here the players’ association and the NHL are working through is what is testing going to look like? How is this all going to work? Who is going to be tested? How many tests are going to be required? I mean it could be a mammoth number of tests that are needed by the NHL and the NHLPA. And how quickly can you turn those test results around? So testing right now is an open issue for sure.

It’s going to cost lots of money to restart the season regardless of how it’s done. Considering fans will not be able to attend games and therefore no revenue from ticket sales, is it even worth it for the league to proceed with the 2019-20 season?

Seravalli: Well that’s going to be the key question moving forward. A cost-benefit analysis that the NHL and the NHLPA have undergone. Look, when you talk about testing, two teams told me today that it could cost up to $20 per test to have a player or staff member tested. The question is how many teams are going to be involved when you start to do this math, how many people are going to need to be tested? How often? If it’s daily, it’s pretty easy to see these tests wind up in the millions if not in the tens of millions of dollars to conduct. And then in addition to that, how much does it cost to sanitize the locker rooms, the arenas that you’re going to need to play in? Teams were telling me $15,000 per dressing room to be sanitized per day. They’re still trying to figure out how the rest of the facility would need to be sanitized, but these are all mounting expenses. So far, to this point the NHL has determined that the juice would be worth the squeeze but we’ll see as these continue to add up.