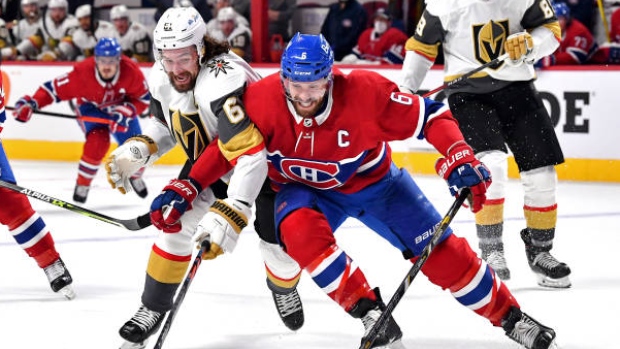 TSN Hockey Insiders Pierre LeBrun and Darren Dreger share the latest on the long-term outlook for Shea Weber after his injuries turned out to be worse than initially feared, where the Habs are at in their talks with Philip Danault, the Leafs granting Zach Hyman permission to seek a trade, and more.

Shea Weber's injuries could be career-ending. How did we get here? 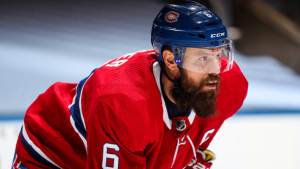 Pierre LeBrun: When the day began Wednesday morning, the Montreal Canadiens were still holding out hope that the news wouldn't be that bad. That when Shea Weber went to see doctors, the news they would get was that he would be out until December or January and they would get their captain back.

But at 6pm Eastern, GM Marc Bergevin got the worst possible news, which is that it was a lot more serious for Shea Weber than originally hoped. His ankle and knee, especially, are long-term concerns. He's out for next year and beyond that, there's a possibility that he's played his last game. But that's not 100 per cent yet.

He will get a second medical opinion and there will be more clarity after that. In the aftermath of this, of course, it impacts the Expansion Draft. I think they were going to protect four defencemen, going the eight-skater route. Now they'll go 7-3-1, protecting seven forwards, three defencemen, and a goalie.

Darren Dreger: The NHL is working through Shea Weber's case and they can't be certain that he's going to play again or that he's not going to play again. There have been other, recent examples in the NHL of players who aren't able to play being placed on long-term injured reserve for the remainder of those contracts. That hasn't happened yet with Weber, so what makes his situation different?

Have the Habs progressed on a contract with Phillip Danault? 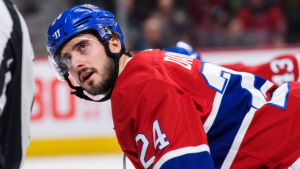 LeBrun: In the meantime the business at hand for the Montreal Canadiens during a very short offseason is Philip Danault, their key pending unrestricted free agent, just coming off a terrific defensive performance in the Stanley Cup Playoffs.

They made him an offer last offseason and it was rejected. My sense is that the Habs aren't planning a new offer at this time. They're going to let Danault go to free agency on July 28 but keep the door open for him to come back to them after he's heard from other teams, but it's a fluid situation.

Is it tempting for Zach Hyman to see what kind of interest there is around the league for his services? 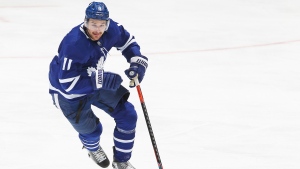 Dreger: No question about it, and the Toronto Maple Leafs are embracing the reality that they're not likely going to be able to re-sign him.

So Todd Reynolds, the agent for Hyman, was given permission earlier this week to speak to all clubs around the NHL about getting something back for the Maple Leafs via trade. It also allows Hyman to get an eighth year if it's offered.

I can tell you that there is big-time interest being expressed in Hyman from all corners of the NHL.

Seth Jones is one year away from free agency. Have the Columbus Blue Jackets decided which way they want to go on that front? 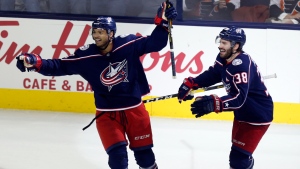 Dreger: No they haven't, and that's gumming things up for the interested general managers. There's no shortage of interest in Seth Jones and I think we can all appreciate why, based on his star status as an NHL defenceman.

There are lots of teams lined up, but these teams can't wait forever. It's up to Jarmo Kekäläinen, the GM of the Blue Jackets, to soon determine if Jones is available via trade or if he isn't. Right now, Seth Jones is a big part of the defence market that a lot of teams are interested in dipping into.

How do the Vegas Golden Knights plan on creating more cap space? 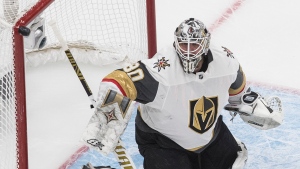 LeBrun: A year ago the number one defenceman on the free-agent market was Alex Pietrangelo. We know the Vegas Golden Knights won the sweepstakes for him but certainly at a financial cost.

To this day they really haven't fixed their cap, since signing Pietrangelo and they want to do that this offseason. So part of the discussion they're having with teams is that they want to find some cap space and potentially re-sign Alec Martinez as UFA.

There are a couple of ways to do that, and one of them is that teams are asking about both Robin Lehner and Marc-Andre Fleury. It doesn't mean Vegas will trade one of them but certainly, they have to look at different options to create some cap space and trading a goalie is one of them.

Where are the OIlers in their talks with Mike Smith? 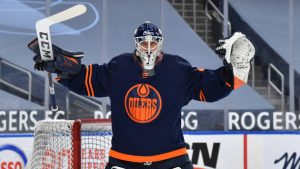 Dreger: Speaking of goaltenders, the Edmonton Oilers continue to negotiate with veteran goaltender Mike Smith, I'm told that the talks are positive. I think we can all understand how busy Ken Holland has been, starting with the Dunan Keith trade from the Chicago Blackhawks.

I'm told that they're negotiating to get things done. It's a slow-moving process and I'm also told that if Mike Smith becomes an unrestricted free agent on July 28, despite the fact that his best years likely being behind him, there are clubs with interest, so the Oilers have some work to do.