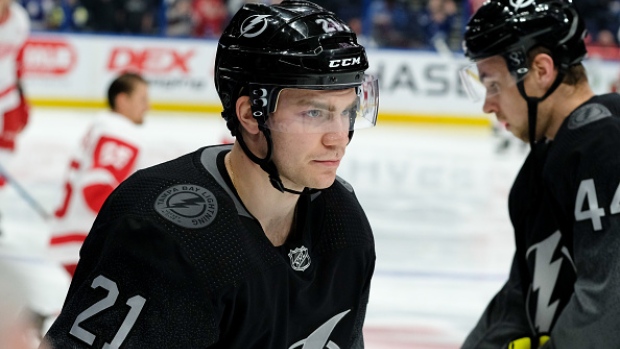 In the season premiere of Insider Trading, TSN Hockey Insiders Bob McKenzie, Pierre LeBrun and Darren Dreger join host James Duthie to discuss how the Brayden Point deal got done, if it will lead to other signings and the latest with Taylor Hall and the New Jersey Devils.

How did the Point deal get done?

After months of silence from both sides, Brayden Point and the Tampa Bay Lightning finally have a deal. What was the final straw that brought the two sides together? 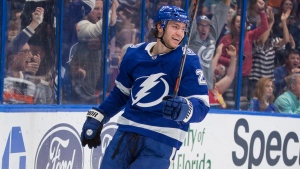 LeBrun: Well it certainly helps that other restricted free agents have begun to sing. But the bottom line is in the space of a two-hour call on Sunday they got most of this deal done after nothing the entire off-season. Tampa was stuck at just south of $5.7 million a year over three years for the longest time, a deal that Brayden Point was never going to sign. But then it ended up more than a million north of that at $6.75 million on average. The key concession was $9 million in year three for Point and listen, he’s going to be a double-digit player in his next contract but for now it fits for the Tampa Bay Lightning. 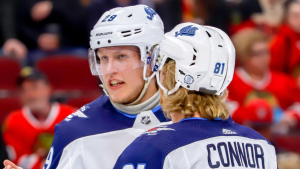 McKenzie: Well, you can see Mikko Rantanen, Matthew Tkachuk, Patrik Laine and Kyle Connor saying ‘No it doesn’t, that’s a little too much of a club-friendly deal,” in the eyes of those other RFAs. Tampa is Tampa, but they’ve all got different situations. It’s interesting because we don’t feel that Rantanen, Laine or Tkachuk are close at all. But there’s this perception around the National Hockey League that maybe Kyle Connor and the Winnipeg Jets are closing in on a new contract and the agent for Connor is saying that’s not true. They’re not close either. So Connor would like to do what’s known as the modern-day long-term deal – five or six years – but probably will also be open to a four-year contract not unlike the one that Timo Meier signed with the San Jose Sharks on a $6 million average annual value but $10 million in the fourth and final year. And what makes Meier comparable for Connor is the fact that they’re both late birthdays and unlike most of these RFAs who would sign a four-year deal now or walk themselves to free agency. These guys are late birthdays, they don’t get free agency for another couple of years after that.

What’s the latest with the Jets?

A lot is up in the air in Winnipeg. What kind of obstacles are the Jets facing? 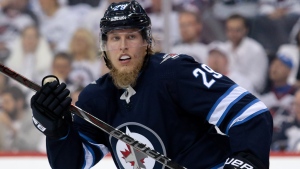 LeBrun: And the sense is when Laine, in his case, does sign with Winnipeg – if and when – that it’ll be a bridge deal. But in the meantime, we’re told that teams over the past week have checked in with Patrik Laine’s camp led by Mike Liut. And now, are they checking in because of a potential offer sheet or are they checking in because maybe they want to call Winnipeg and try and trade for Patrik Laine. I’m not saying either one is happening. I’m just saying teams are getting curious about that situation. 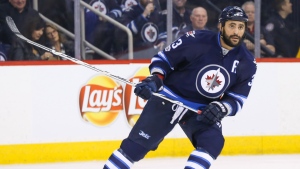 Dreger: And for those reasons, the general manager of the Winnipeg Jets, Kevin Cheveldayoff, isn’t getting a lot of sleep these days. In addition to being stuck in the mud with his restricted free agents, he really doesn’t have a choice but to respectfully await a decision from a big player in Dustin Byfuglien. Now, Byfuglien is suspended and that may not change for a while. Termination of contract could be considered by the Winnipeg Jets but it’s very tricky and the belief is the National Hockey League would have to be involved to navigate through that. The Jets are talking to teams about potential trades, but with the Byfuglien situation still out there, it’s hard to do anything.

What’s the latest with Hall?

The 2018 Hart Memorial Trophy winner is set to become an unrestricted free agent at the end of the coming season. Is an extension in the works? 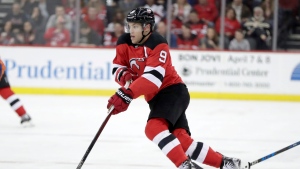 Dreger: Well, Taylor Hall’s agent, Darren Ferris, met with Devils general manager Ray Shero over the weekend and it sounds like they’re making some traction here. Now you have to keep in mind that Taylor Hall is coming off a significant injury. He loved the way he was treated by the Devils organization. Very professional from start to finish. He likes what Shero has done in the changes that he’s made to the lineup of the New Jersey Devils. So it’s one of those situations. It could happen sooner than later which is saying a lot considering that he’s in the final year of his contract.

Are we headed towards a CBA extension?

After the players agreed to not opt out of the CBA, what’s next? 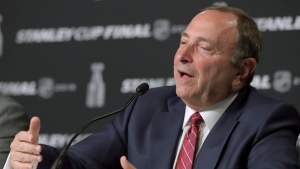 LeBrun: Yeah. And hopefully we won’t have to talk about it for a while now. But I think it’s important to note that after the players announced they were not opting out of the CBA next year that people wondered when would they talk again with the league? What’s the urgency? Well they’re meeting again this week. Both sides want to keep that momentum going. I’m not saying it’s imminent, I still think there’s lots of work in the few months ahead in this discussion but they’re back at it.