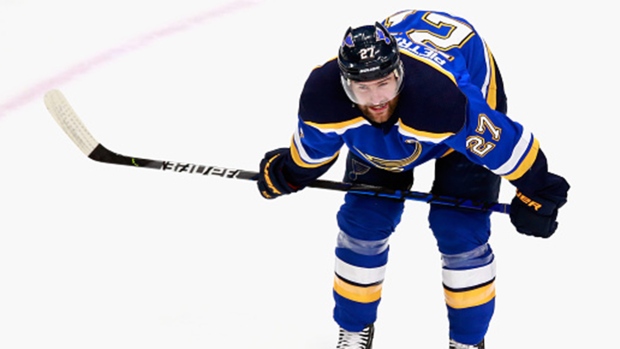 Is it now a done deal that Alex Pietrangelo will go to the open market and leave St. Louis? Will the Flames circle back on TJ Brodie? TSN Hockey Insiders Pierre LeBrun and Darren Dreger and TSN Senior Hockey Reporter Frank Seravalli joined host James Duthie to discuss these topics and more. 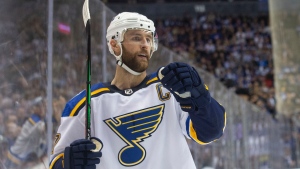 LeBrun: Alex Pietrangelo is ready to go to market as of late Thursday afternoon. That’s where the signs were. I think everyone involved in the process is allowing the door open for another conversation. For now, however, certainly Pietrangelo is ready for that and he’s been ready for a couple of weeks. I think he if goes to market and there are teams that reach out that are willing to have him travel, he’s open to the idea of having some site visits before making up his mind. It could be that this is delayed for a couple of days and isn’t a one-day affair when it comes to where Pietrangelo lands. Some of the teams we believe will show interest in him include the Vegas Golden Knights – despite their salary cap issues – the Florida Panthers, Toronto Maple Leafs, but there will be others.

Flames circling back on Brodie 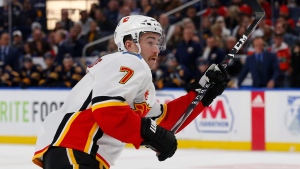 Dreger: Beyond the top names, there is a pretty good class of secondary defencemen, including T. J. Brodie of the Calgary Flames. As of late Thursday, the Flames have re-engaged with the Brodie camp, so there’s no guarantee that Brodie is going to get to free agency. It will depend on how that negotiation goes in the 11th hour. Another name that’s somewhat of interest is Travis Hamonic of the Flames. He did not return to play with the Flames following the COVID-19 suspending of the season back in March. He’s been on the sidelines for quite some time. In a perfect world, he would stay in his hometown of Winnipeg and he would sign with the Jets but there doesn’t seem to be a ton of interest at the moment. He is garnering interest from the following Canadian clubs: Maple Leafs, Senators, the Oilers could all be in a position to take a crack at Hamonic on Friday.

Seravalli: Two other defencemen in the secondary tier are Tyson Barrie and Kevin Shattenkirk. Two players with a similar style that pile up the points on the blue line and can quarterback a power play. They’re also linked in our TSN rankings, at No. 9 and No. 10, respectively. Both players are going to have a lot to consider on Friday in terms of both contract term and fit. Both, I’m told, are willing to accept a one-year deal if the right circumstance presented itself. And in addition to that, for two guys that play similarly – even though Barrie is a little bit younger and a little bit more mobile – the teams that are interested in both of these guys are two totally separate groups. 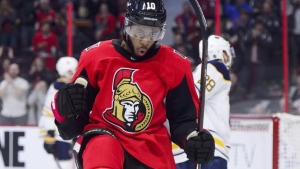 Seravalli: Not many people were expecting the likes of Anthony Duclair, a 23-goal scorer with the Senators, to not be qualified. Same goes for a number of other players who hit the market, including Troy Stecher from the Canucks. You’ve got Lucas Wallmark, a guy from the Florida Panthers who has a lot of interest on the market as well. I think you also have to take a look at the guys who won’t be joining the board, including Justin Williams who announced his retirement on Thursday. Also Dustin Byfuglien. He met with the Minnesota Wild three weeks ago. They tried to coax him back onto the ice. He’s not going to be resuming his career. And then there’s Patrick Marleau - who continues to climb the all-time ranks and who we’re told is interested in returning for a 23rd NHL season.