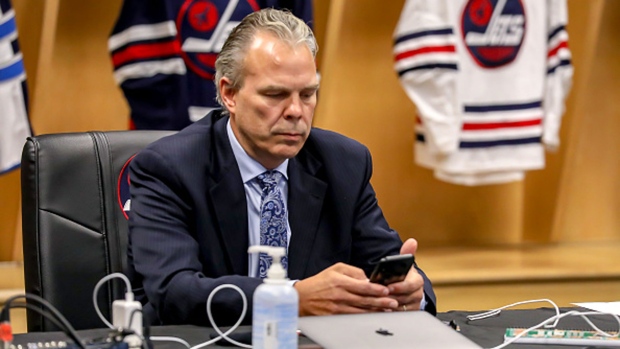 On the eve of Free Agent Frenzy, TSN Hockey insiders Darren Dreger and Pierre LeBrun and TSN Senior Hockey Reporter Frank Seravalli joined James Duthie to provide an update on what the Jets are in the market for, Marc-Andre Fleury's situation in Vegas, Oliver Ekman-Larsson's status, and the ever-evolving goalie market. 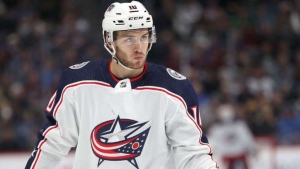 Dreger: They would like to add a defenceman. Re-signing Dylan DeMelo helped a little bit, but they would like to add another top-end piece on the left side. They’re focused on that No. 2 position at centre ice. There’s still some uncertainty moving forward with Bryan Little but it seems likely that he’s not going to be available to the Jets. They’re looking at all options at centre, be it free agency or trade. Alex Wennberg is now on the market after being bought out by the Columbus Blue Jackets. He is most certainly a player that general manager Kevin Cheveldayoff is going to inquire on but there’s lots of interest expected in Wennberg. I wouldn’t be surprised if the Jets were to look for a more veteran centre, and perhaps for salary cap reasons, one of those will pop on to the plate of the Jets. Winnipeg drafted Cole Perfetti on Tuesday. That was a surprise. They were not expecting to get Perfetti No. 10 overall. The Jets are intrigued by this. Perhaps they add a veteran centre to bridge the gap moving forward between Perfetti and where the Jets are right now. Things seemed to have cooled on Patrik Laine and I think that’s simply because free agent players are flooding the market. The assets that a team has to give up to get Laine is just too difficult at this point. 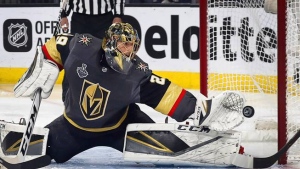 Seravalli: On of the veteran centres the Jets are believed to be interested in is Paul Stastny of the Vegas Golden Knights. He could be on the table because Kelly McCrimmon, the GM of the Golden Knights, is seizing up his chips on the table at the moment. We’ve talking about their No. 1 problem being moving goaltender Marc-Andre Fleury. At this point, none of that has materialized in terms of a trade because of the difficulty with Fleury’s no-trade clause and also that contract with two years left $7 million. At this point, it is believed that Fleury will go to the side burner, and that McCrimmon will try and trade some of the other pieces on his roster, which could also including a Stastny, a Nate Schmidt on the blue line, along with possibly Alec Martinez. Whoever brings the best deal for the Golden Knights will so that they can be a player in the Free Agent Frenzy. 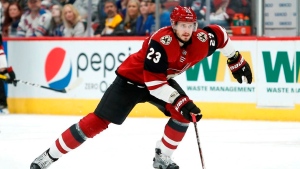 Dreger: I’d like to say it’s going to come right down to the wire, which is Free Agent Frenzy, but the deadline that was established by Oliver Ekman-Larsson may not be met by the Arizona Coyotes. They’re not going to give away their captain and a top defenceman for very little. And the asking price for Ekman-Larsson is high. It’s believed that Arizona was waiting for Boston to step up, but it doesn’t sound like the Bruins have Ekman-Larsson as a top priority. The Vancouver Canucks, meanwhile, are waiting in the wings. We’re going to be talking about Ekman-Larsson. 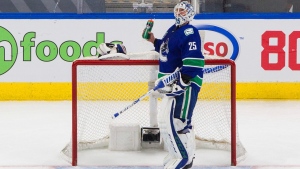 LeBrun: What my sources are telling me is that the Canucks and Newport Sports, who represent Jacob Markstrom, the No. 1 pending UFA goaltender, have been going back and forth all day long. They’re grinding away trying to get a deal done. Whether or not it gets done, I was told by a source, no one can say at this point. It might be going right down to the wire. I know there are teams eagerly waiting to see if he heads to market, including the Edmonton Oilers. Anton Khudobin, who surprisingly is on the market. The Dallas Stars did try to sign him but those talks broke off yesterday. The Stars made a final offer, but the two parties couldn’t reach a deal. It’s expected that there will be a ton of interest in Khudobin come Friday; including the likes of the Calgary Flames, Canucks, if Markstrom doesn’t re-sign, Vegas, if they can trade Fleury. Braden Holtby, who is probably being replaced in Washington by Henrik Lundqvist, is garnering interest from the Oilers, I’m told. Cam Talbot’s agent had another recent conversation with the Calgary Flames. I believe there was an offer on the table but it did not move the needle for Talbot. At this point, he’s headed to market unless Calgary comes back and ups their offer. Thomas Greiss, who had a solid year again with the New York Islanders, should garner a lot of interest come Friday. Vancouver could potentially be interested in him, as well as Vegas if it could potentially reunite Greiss with fellow goaltender Robin Lehner if they can manage to trade Fleury.