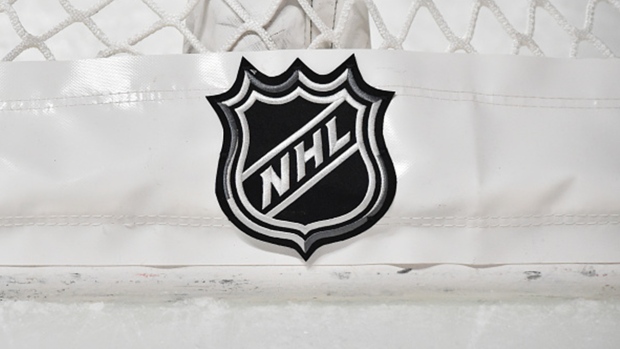 With the announcement that GM Doug Wilson will step down after this season, what is next for the Sharks? What will Wilson do next in hockey? Where will December's World Juniors be played since Russia isn't an option? Will the NHL season start a bit later again next year? TSN Hockey Insiders Chris Johnston and Pierre LeBrun discuss this and more.

Gino Reda: They are the Insiders, Pierre LeBrun and Chris Johnston. Gentlemen, considering the unique set of circumstances surrounding Doug Wilson, the San Jose Sharks wanted to give him all the time he needed to make a decision. Now that he’s decided he’s stepping away, what’s next for the Sharks here?

LeBrun: What’s next is a pretty extensive external search by the San Jose Sharks who will be hiring their first GM in 19 years so they want to leave no stone unturned. And we’re talking about looking at former GMs, up and coming AGMs, player agents, former players. They want to talk to a lot of different people here and they are in no rush because they know certain candidates won’t be available until later in the summer. They have belief in the current front office that they can handle the draft, they can handle free agency so if it takes until September so be it. But the key part of this process for me is this. Sharks owner Hasso Plattner does not want a full rebuild and that will be made very clear to candidates that you’re not coming in and going scorched earth on this roster. That may affect which candidates are interested perhaps but that’s going to be a key component of it.

Reda: Another key part of all of this is the fact that Doug Wilson has not retired and that’s critical.

LeBrun: Right. He made it in the last line of his statement thanking the Sharks is that he hopes to be back in the NHL one day. Obviously, his focus right now is on his health and getting back to 100 per cent. But to me that tells you is that I think Doug Wilson, one day when he feels right and wants to come back, sort of Jim Rutherford-like if you will, as a president of hockey operations for another organization but that’s for down the road.

Reda: All right, so speaking of down the road, international hockey. The World Juniors next Christmas were supposed to be in Russia. That’s not going to happen. Any thoughts on where it could land?

Johnston: Well they’re facing a time crunch is what they are, Gino. This is a tournament to be held in December and January upcoming and the initial announcement from the IIHF after Russia was removed as its host for 2023 was that it would come in North America. It appears now as we go further down this road, that it’s going to be in a Canadian city and we’re down to these five bids [Halifax-Moncton, Quebec-Trois Rivieres, Ottawa, London-Kitchener, Saskatoon-Regina] that all have stepped forward and put their hat in the ring. Ottawa has been pretty front and centre, a lot of discussion about their bid. I wouldn’t sleep on that Halifax and Moncton bid as well. And you know, in terms of timelines, we’re perhaps looking at the end of the month. This needs to be finalized in order to get that tournament put in place. It doesn’t appear to be a true front-runner at this point in time but there is certainly a lot of urgency to pick a host city for 2023.

NHL season could start a bit later again next year

Reda: Over the last couple of years, the pandemic has wreaked havoc on our summer vacations for those of us involved in hockey, Pierre. We’re going to get back to a normal schedule next year?

LeBrun: So here’s what’s interesting. We know that this year didn’t start until October 12th, the regular season. Again, that was part of last year going so late and trying to catch up on the cycle. The NHL wants to get back where free agency is finally back on July 1st a year from now in July 1st, 2023. But there are people who enjoy the mid-October start that we had this year, including ESPN, including some U.S. teams and I’m told that right now the NHL is leaning towards sticking with that mid-October start which is later than what we’ve had traditionally over the years, it’s been early October. So right now, unless things change, we’re looking at October 11, October 12 as a likely drop of the puck for the regular season and we’re going to have to wait a bit again next season.

Reda: All right, just over three weeks left in this year’s NHL regular season. While we’re waiting for the Stanley Cup playoffs, the playoffs continue in the KHL and a lot of interest from here.

Johnston: Well especially in Andrei Kuzmenko, Gino and he’s a player that’s still involved in the playoffs with SKA St. Petersburg in the third round. So his focus might not be on the NHL just yet but there’s certainly a lot of teams from this side of the pond that are keeping an eye on him. He had over a point per game this year in the KHL. I think what’s interesting is that even with the situation with Russia having invaded Ukraine, it doesn’t seem to have scared teams off at this point. And his contract in Russia runs through April 30. So as of May 1, he’s available to sign an NHL deal. Unlike some other Russian free agents, I don’t think this one is cooked. I do believe once his season gets done, he’s willing to talk to multiple teams, consider his options, and pick someone from there.

Reda: Other news from the KHL, an announcement earlier this week Dynamo Riga and Jokerit have already announced they are not coming back to play in the KHL next season.