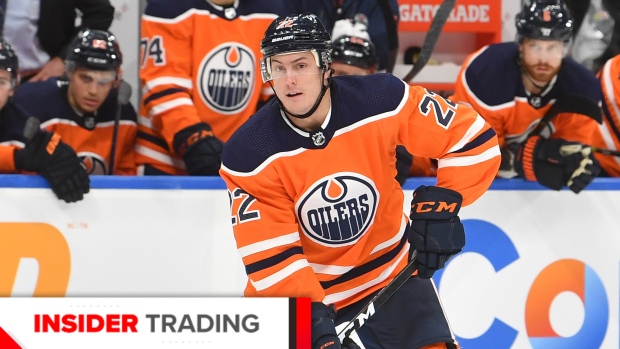 Gerard Gallant is Canada's head coach for the upcoming World Hockey Championships, but could there be an opportunity for him to get back behind an NHL bench? The Oilers have a number of players becoming free-agents this summer, so how close are they to locking up some of their blueliners? TSN Hockey Insiders Darren Dreger and Frank Seravalli discuss this and more.

Is Gerard Gallant being considered for a full-time coaching position in the NHL? 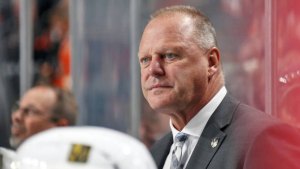 Darren Dreger: Yes, he most definitely is with the New York Rangers. The Rangers have been granted permission by the Vegas Golden Knights to interview Gerard Gallant so clearly he is one of the top candidates in the process that has been started by new general manager Chris Drury.

The timing is more to do with the travel plans for Gallant. He is the head coach for Team Canada and he is on his way to Latvia this weekend. The Rangers at least want to spend some time and have at least one conversation with Gallant before he begins taking on the responsibility of running Canada at the World Men's Ice Hockey Championship.

How will the Edmonton Oilers handle their upcoming free agents this off-season? 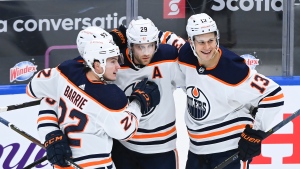 Frank Seravalli: The Oilers have three players in the top-13 of the Free Agent Frenzy Rankings, so lots of work ahead for general manager Ken Holland.

No update at this point on Ryan Nugent-Hopkins, there's nothing new there yet on those extension talks.

However, the Oilers have made progress with defenceman Adam Larsson and his camp on a possible extension. It's not imminent and won't happen before the puck drops in the Stanley Cup playoffs but I think at this point it's fair to say that both sides are optimistic that a deal could be had once the playoffs wrap up, likely in the three- to four-year range.

Dreger: It's also time to start talking about fellow Oilers defenceman Tyson Barrie. He leads the National Hockey League in points among defencemen. He hit the reset button, he signed the one-year deal in Edmonton at $3.75 million. He needed to get his game back on track after a tough experience with the Toronto Maple Leafs. Well, he's most definitely done that.

The sense is that Barrie is going to test the free-agent market. He's earned that right and given everything that Ken Holland and the Oilers are going to have to go through with hefty negotiations with Larsson, Nugent-Hopkins, Darnell Nurse, and others, you need to be able to compare apples to apples.

Tyson Barrie would very much like to stay in Edmonton but he also wants some stability. We're talking about a five- or six-year term, so most likely, he goes to the open market to see what the bigger picture looks like as well.

Is there a possibility that we could see a fresh start for Nolan Patrick outside of Philadelphia? 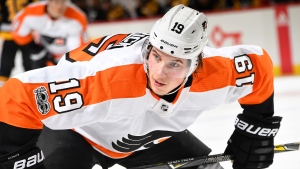 Seravalli: It's certainly possible. He's already gotten a fresh start off the ice. Nolan Patrick has hired his third agent in three years, now with Rich Evans of Point West Sports and Entertainment.

They're going through the feeling-out process to digest this season and everything that happened in his return to the ice which was a little bit disappointing in terms of production and I certainly think you could see Patrick on the list of players this summer who ask for a fresh start elsewhere.

However, they're not there yet, and to be fair, the Philadelphia Flyers on their end think that Nolan Patrick is still a player that's just scratching the surface. They'd like to see him get a full summer of training under his belt and come to camp healthy for the first time in a while.

We'll see how that unfolds but Patrick is a name to watch this off-season as a restricted free agent. ​