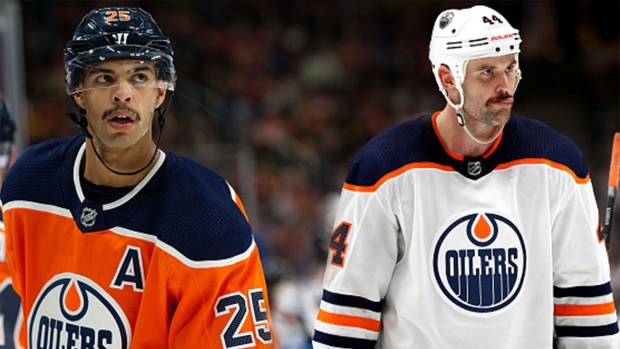 TSN Hockey Insiders Bob McKenzie, Pierre LeBrun and Darren Dreger joined host James Duthie to take a closer look at the Taylor Hall deal, the Edmonton Oilers’ pending free agents and what other big names could be out there on the trade market.

Behind the scenes on the Hall trade

After Taylor Hall was held out of the lineup over the weekend, a trade appeared imminent. While it finally was completed Monday evening, what was the hold up? 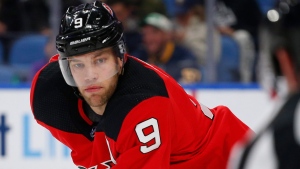 LeBrun: Certainly one of the contributing reasons was that a team came in and offered a package that was more of a hockey deal as opposed to a futures deal enough to the point where the New Jersey Devils went back and forth with this mystery team and went pretty far on it. At the end of the day, we know they went back to the Arizona deal but it was serious enough in conversation that a delay ended up happening with the trade to the Coyotes. I can’t tell you for sure who that mystery team is, but I can say this: we have a strong suspicion that the Calgary Flames – who we know inquired on Taylor Hall – made a pretty strong offer.

How are the Oilers progressing with their pending free agents?

Between their playoff push and their crop of pending free agents, the Edmonton Oilers have a few big months ahead. Where do things stand as of now? 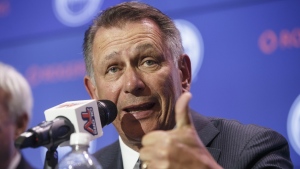 McKenzie: Well Zack Kassian is unrestricted at the end of this year. Darnell Nurse is a restricted free agent at the end of this year. We can tell you that the agent for Zack Kassian, Rick Curran, was in Dallas on Monday and met with Oilers general manager Ken Holland to begin talks on a contract. They’re only preliminary and they will try and drill down on this over the next couple of weeks. Kassian is going to try to parlay some really strong play on Connor McDavid’s line into a multi-year deal. I’m sure they’ll go back and forth. A three-year deal, a four-year deal, a five-year deal, what’s it going to be? That’s still to be determined. As for Darnell Nurse, as I said he’s a restricted free agent, two years away from unrestricted free agency and this might be a tougher nut to crack for the Edmonton Oilers. He wants to stay in Edmonton, no doubt about that, but you can’t do a six, seven or eight-year deal because the numbers would just be too big especially in year one and year two when the Oilers have some cap problems for the next couple of seasons. It could be a four or a five-year deal. It could. Could it also be maybe a two-year deal? It starts to get really complicated and keep in mind he’s got salary arbitration rights. If it’s only a two-year deal, maybe he just does salary arb. This will be one to keep an eye on over the next few weeks as well.

With Hall moved, who’s the next big fish out there?

TradeCentre isn’t for a couple more months, but it’s never too early to look at who could be on the move. 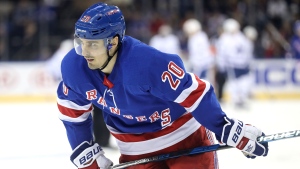 Dreger: The interest likely shifts to the New York Rangers and specifically to Chris Kreider. Now there will be discussions on the potential of a contract extension with Kreider. He’s a pending unrestricted free agent. But given the fact that the Coyotes jumped in early to acquire Taylor Hall, perhaps there’s another team that’s at least considered a playoff contending team that will do the same with Chris Kreider. He’s a unique player, he certainly adds a little physical edge to his game which all playoff teams would want. The return for Kreider would likely be a first-round draft pick and a mid-level prospect.

What’s the latest with Williams?

Veteran forward Justin Williams said at the beginning of the season that he wasn’t retiring but wanted some time to think about his future. Is there still a chance he comes back? 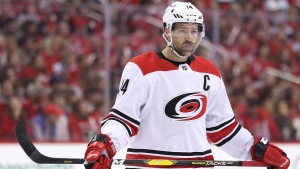 LeBrun: He could return, it’s not 100 per cent decided at all but he’s been ramping up his skating, skating by himself the last three to four weeks. And there has been talk back and forth between his camp and the Carolina Hurricanes. That certainly would be the team of choice, the frontrunner for Justin Williams if he decides to come back. However, the Hurricanes are tight against the cap. Remember they had the Patrick Marleau buyout and they signed Jake Gardiner in camp. They can’t sign him to that big of a deal. It will be interesting to me because I believe that his camp would also be willing to hear from other teams. Again, the priority is Carolina, but there could be other teams that reach out and make this interesting.

The veteran sniper is looking for a new home after parting ways with the Los Angeles Kings. What’s next for both him and his former team? 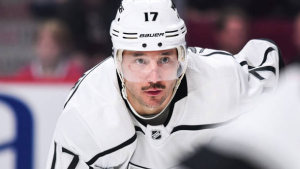 McKenzie: Another unrestricted free agent is Ilya Kovalchuk, ex of the Los Angeles Kings where both sides mutually agreed to terminate the contract. His agent, J.P Barry, will be trying to find a short-term job for him in the NHL close to the league minimum or somewhere in that neighbourhood. One thing to point out though – the L.A. Kings are stuck with his $6.25 million cap hit for the balance of this year and next year no matter what. They cannot trade it because the contract has been mutually terminated. Remember the Detroit Red Wings traded Pavel Datsyuk’s 35-and-over deal to Arizona? They did that before he retired and shut it down. Kovalchuk’s cap hit is staying with L.A.

A familiar name in contention for the AHL’s new president?

With the American Hockey League looking for David Andrews’ successor as president, is former Calgary Flames general manager Jay Feaster in the mix? 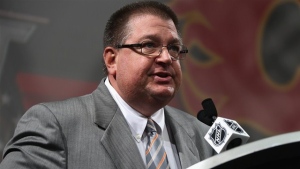 Dreger: Yeah, there’s a possibility of that. The search for David Andrews’ successor as president of the American Hockey League is winding down. There’s two, maybe three candidates that are in the final process and Jay Feaster, former general manager of the Calgary Flames and the Tampa Bay Lightning, remains in the mix. They’re hoping to name the new president of the AHL in early January. David Andrews has been in office since 1994.