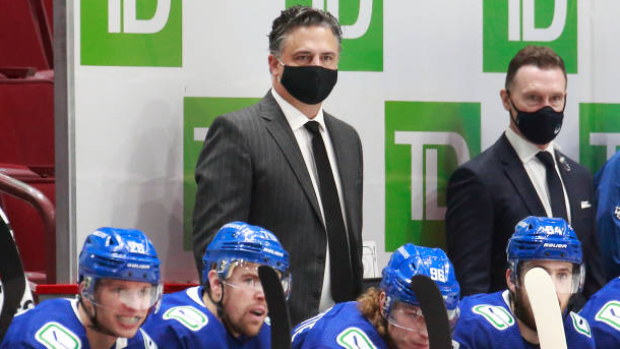 While Vancouver Canucks head coach Travis Green is in the final year of his contract, TSN Hockey Insider Darren Dreger reports the team intends to extend the 50-year-old.

The Canucks are off to a 3-5 start in Green's fourth season after reaching the playoffs for the first time in his tenure last season.

"The fact that he doesn't have a contract after this year is reason for concern, but I can tell you that there is intent from the Canucks perspective to get the extension done," Dreger said on Insider Trading. "Green is highly valued by the Canucks, he's highly valued as a head coach across the NHL, and he's been brought up through the organization in terms of coaching. But the process of managing the financials in a pandemic are much different than they would be under normal circumstances. So, this is going to take a bit of time."

The Canucks had a 36-27-6 record last season, defeating the Minnesota Wild in the play-in round before upsetting the St. Louis Blues in the first round. Vancouver was eliminated in the second round in Game 7 against the Vegas Golden Knights.