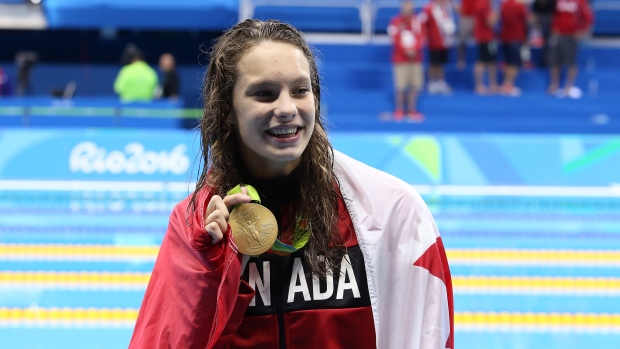 Canada won't have a team at this summer's Tokyo Olympics unless the Games are postponed — a bold move that would at least give Canadian athletes some sense of direction in the coming months.

The Canadian Olympic Committee and Canadian Paralympic Committee issued joint statements Sunday evening saying that they refuse to send their teams to Tokyo unless their respective Games are pushed back, and are advocating for a year.

"While we recognize the inherent complexities around a postponement, nothing is more important than the health and safety of our athletes and the world community," the COC said in its statement.

"This is not solely about athlete health — it is about public health. With COVID-19 and the associated risks, it is not safe for our athletes, and the health and safety of their families and the broader Canadian community for athletes to continue training towards these Games."

The Tokyo Olympics are scheduled to start July 24 with the Paralympics slated to follow on Aug. 25.

"It's been a whirlwind week. I qualified for Tokyo last Saturday, officially punching my ticket and now a week later, it's like for sure we're not going no matter what. Hopefully the IOC will postpone for a year."

She knows it will be difficult for Canada's athletes if the Tokyo Games go ahead without them, but says the current pandemic is more important than high-performance sport.

"I think it's the responsible decision to make, even though it might be hard to feel we're missing out on that opportunity, I know in my heart that it is one hundred per cent the right thing to do," MacLennan said.

Six-time Olympian Hayley Wickenheiser, who serves on the International Olympic Committee's athletes commission, believes the majority of athletes support the decision of the COC and the CPC.

The retired hockey player and winner of four Olympic gold medals, who is currently in medical school, hopes other countries follow Canada's lead.

"I think in this country athletes today made a very unselfish decision," Wickenheiser said.

"Not only for themselves, but for the rest of the sporting world, so that others that aren't as brave can have a chance to step up and say 'we really want to do the same thing' and that's what we'll see.

"A decision had to be made. Training in limbo was not a smart thing to keep doing. Athletes will push through anything and find a way. It's no longer safe or ethical to ask athletes to do that."

Canada's statement joins a growing chorus of critics around the International Olympic Committee's response to the COVID-19 pandemic.

The Australian Olympic Committee has told its athletes in a statement on its website they should prepare for the Tokyo Games in 2021.

IOC president Thomas Bach said earlier Sunday the global organization is considering options including postponement, and a decision will be made in four weeks.

Cancelling the Games entirely, Bach said, is not being considered.

It was the first time since the COVID-19 pandemic began that the IOC admitted it would consider other options.

Canadian athletes had mixed feelings about Bach's four-week deadline — relief that outright cancellation wasn't being considered, but anxiety still around the uncertainty of the Olympics amid a global health emergency that has brought the sports world to its knees.

"It's nerve-wracking, you want to know when it's going to happen," said Brittany Crew, the Canadian record-holder in women's shot put.

"So I'm happy that they finally made a decision to call it in the next four weeks, because it is unfair for (the IOC) to say, 'Hey, we're gonna go on in July,' when we don't know what's going to happen with this virus."

The IOC said that they're examining scenarios to modify plans for the Games to go ahead as scheduled on July 24, plus changes to the start date of the Games, adding that "cancellation is not on the agenda."

"I think there was good news today saying that cancellation wasn't on the table," Crew said.

The IOC and Japan's organizing committee had consistently said the Games would go ahead as planned.

But Japan's Prime Minister Shinzo Abe changed his tune Sunday, saying a postponement of the Tokyo Games would be unavoidable if the games cannot be held in a complete way because of the coronavirus.

The IOC's lack of flexibility in these unprecedented times had sounded tone deaf to athletes around the world who've lost access to training facilities at a time they would normally be nearing top physical shape.

Stuart McMillan, a Canadian speed coach based in Phoenix, Ariz., called the IOC's deadline "The very definition of kicking the rock down the road."

Evan Dunfee, a world bronze medallist in race walking, read Bach's letter to mean the Games will be delayed.

"It just takes time to figure out and co-ordinate how to move the mountain that is staging the Games and we only get one shot at announcing it so let's make sure we get it right," Dunfee said. "I just don't personally see any way in which the Games can start in July."

Canada is among numerous countries under virtual lockdown with weight rooms, pools and gyms closed, and athletes left to find creative ways to stay in shape.

Travel bans have eliminated the ability to train abroad. Numerous competitions, including countless Olympic qualifying events, have been postponed.

"It's pretty clear to me as an athlete at this point that it's not going to be happening as planned," said boxer Mandy Bujold, a two-time Pan American Games champion.

"It is going to take time to decide on the best alternative. I personally do hope it's a new date and not a complete cancellation."

Canadian paratriathlete and world champion Stefan Daniel agrees with the CPC's position even if the Tokyo Games happen without him.

"I know how tough these calls are to make," the 23-year-old Calgarian said. "I stand by this decision.

"Health and safety are first and foremost. If I'm home and the Games are going on, I'll be safe. It will be tough, but we'll be ready for the next games."

Brent Lakatos, an 11-time world champion in wheelchair racing, was happy the IOC set a deadline for its decision.

"I understand they need more time to make a decision on what to do," he said. "But with the trajectory of things these days, I can't imagine they will do anything other than postpone it."

Criticism of the IOC's stance has grown in recent days.

Both governing bodies for track and field and swimming in the United States have called on their Olympic officials to push for a postponement, and Swimming Canada later backed its American counterpart.

National Olympic committees in Brazil, Slovenia and Norway are among those pushing for a postponement until the global health crisis subsides.

"The last week or so there's been a little bit of a groundswell ... calling for postponement, and then you see the IOC had held fairly firm and that kind of left everything sort of up in the air you didn't really know what to believe," said Scott Tupper, captain of Canada's men's field hockey team.

"To have kind of a timeline now is a little bit comforting."

With countless cancellations, only 57 per cent of Olympic qualification spots have been determined.

"There is a dramatic increase in cases and new outbreaks of COVID-19 in different countries on different continents," the IOC said.

"This led the (board) to the conclusion that the IOC needs to take the next step in its scenario-planning."

This report by The Canadian Press was first published March 22, 2020.

— with files from Donna Spencer in Calgary.

Note to readers: CLARIFIES Canada is advocating for a year postponement. Hayley Wickenheiser is a six-time Olympian, not a six-time Winter Olympian as previously stated.