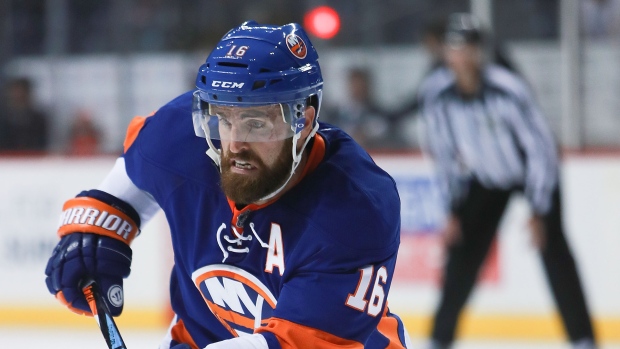 Andrew Ladd's season is over.

New York Islanders general manager Lou Lamoriello announced Tuesday that Ladd has a torn ACL and will be out about five months.

Lou Lamoriello: Andrew Ladd tore his ACL and will be gone for the next five months or so. He’ll be operated on this week. #Isles pic.twitter.com/1pvlwU6pZb

Lamoriello added the veteran forward will be operated on this week and is expected to be ready for training camp.

"It's not good news, but it's part of the game," Lamoriello said.

Ladd will finish the 2018-19 season with three goals and eight assists in 26 games.

Ladd made his return exactly one month ago after being out since Nov. 13 with a lower-body injury.

This is his third season with the Islanders after signing with the club in July of 2016. He has also spent time with the Carolina Hurricanes, Chicago Blackhawks and Winnipeg Jets during his career that began during the 2005-06 season.

He was selected in the first round (No. 4 overall) by the Hurricanes in the 2004 NHL Draft.