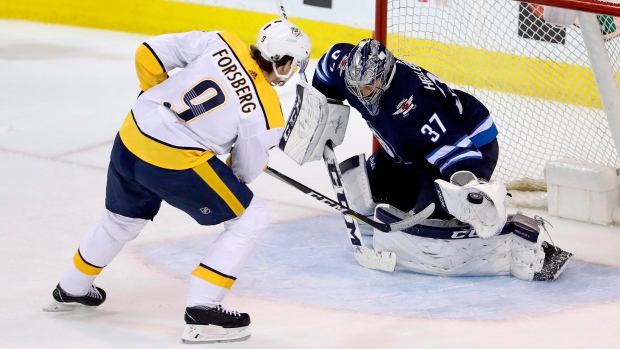 I think it is fair to say that the National Hockey League’s introduction of 3-on-3 hockey has been a rousing success. If not for the fact that it has mitigated the importance of shootout performance on the standings, then for the fact that it’s the exact type of end-to-end, up-tempo style of play that endears itself to paying fans.

When the NHL introduced 3-on-3 as a pre-shootout solution for the regular season, it did so with a rather conservative approach. The Board of Governors approved it with a five-minute cap – likely as a feeler of sorts to understand what value it would bring to the league.

In the media release, the NHL offered this up as the justification for the change in the overtime format:

“The 3-on-3 overtime is designed to create more space on the ice, allowing for more goals to be scored and more games ending in overtime rather than the shootout, similar to the success that the American Hockey League experienced this season.”

There was little explanation given as to why the 3-on-3 format was capped to five minutes other than what had been done historically. One important note is the league recognized too many games – at least relatively speaking – finished in the shootout format. Which raises a logical question: What minute interval should the NHL use if the goal is to minimize the frequency of shootouts?

The league could only make assumptions years ago. Now we have concrete data – the type of data that can help the league calibrate the length of 3-on-3 play with mathematical substantiation.

For some high-level numbers, the 2018-19 season to date has seen 770 games played. Twenty-one per cent of those games have been deadlocked after regulation. Past the 60-minute mark, the five-minute 3-on-3 window has solved 74 per cent of games. That means the other 26 per cent – 42 games at the all-Star break – required the shootout to allocate the game’s third point.

So how do we find out what the optimal interval is? A lot of it is based on what your appetite is for the shootout ending games. But we do know that in 3-on-3 play, teams score 6.1 goals per-60 minutes. That means we can create rather straightforward simulations to understand how much time would be required to satisfy a certain percentage of games in overtime (above and beyond the 74 per cent mark, or thereabouts, for what we are seeing this year). 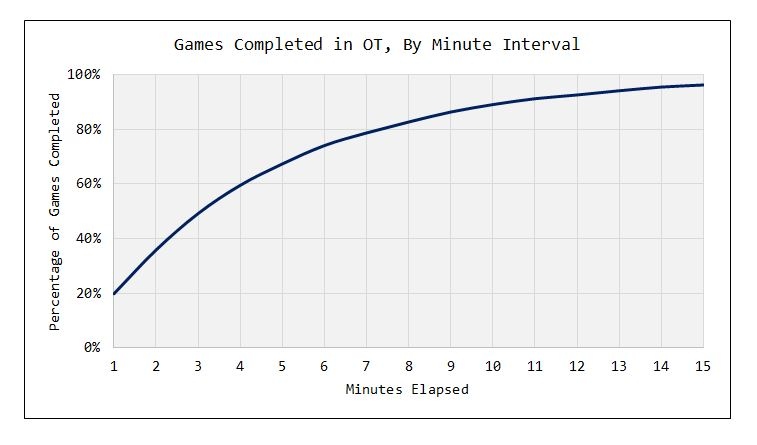 Ultimately it is up to the NHL and the NHLPA to decide where they want to draw the line in the sand on overtime, but I think that extending 3-on-3 overtime by about four minutes would mean the vast majority of games (close to 90 per cent) get resolved prior to the shootout.

The addition of even a few minutes would likely only mean one additional shift per player into the game. Considering how much of an appetite there appears to be at every level – from players, to coaches and fans – to conclude games in the ‘spirit of hockey,’ I can’t envision that there would be sizable resistance to marginally increasing the length of overtime.

At any rate, I again applaud the league for visiting the 3-on-3 idea in the first place. But with a few years of data, one can make a compelling argument that the time cap is probably on the conservative end.

Putting a few more minutes on the overtime clock seems like a logical, non-invasive solution that would ultimately make the shootout a last resort.

Now to convince the Board of Governors!