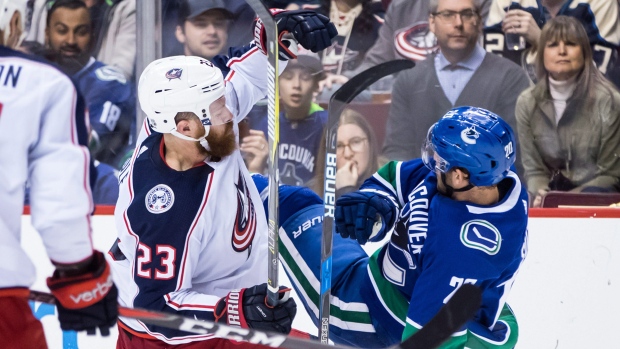 Columbus Blue Jackets defenceman Ian Cole has been fined $5,000 by the NHL Department of Player Safety for a "dangerous trip" on Vancouver Canucks forward Brandon Sutter on Saturday.

Columbus’ Ian Cole fined $5,000, the maximum allowable under the CBA, for a dangerous trip on Vancouver’s Brandon Sutter.

The fine is the maximum amount allowed under the current collective bargaining agreement.

Cole, 29, has five goals and 15 assists over 64 games with the Pittsburgh Penguins and Jackets this season.