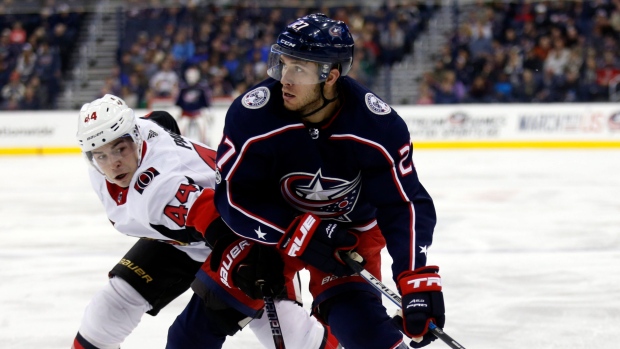 Defenceman Ryan Murray is sticking around in Columbus.

The Blue Jackets announced Saturday that the blueliner accepted the club's qualifying offer that will pay him $2.825 million next season. He will become a restricted free agent next summer.

Last season, Murray had one goal and 11 assists in 44 games. The No. 2 overall pick from the 2012 NHL Draft has spent the past five seasons with the Blue Jackets.

The Regina, Sask., native will turn 25 in September.