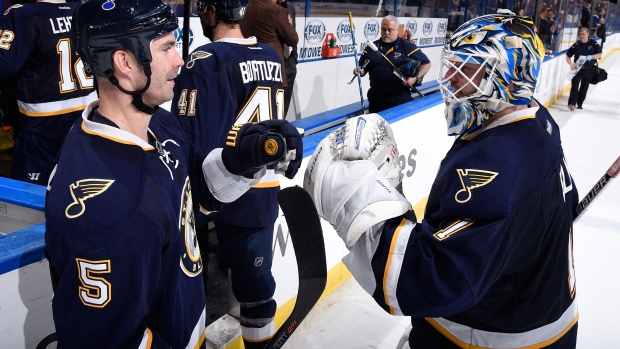 The six-foot, 203-pound rearguard won the Calder Trophy as NHL rookie of the year in 2003 after he put up 19 points and a plus-23 defensive rating in his first season with the Blues.

Jackman joins Hall of Famer Bernie Federko as the only players in Blues history to appear in 13 seasons with the organization.