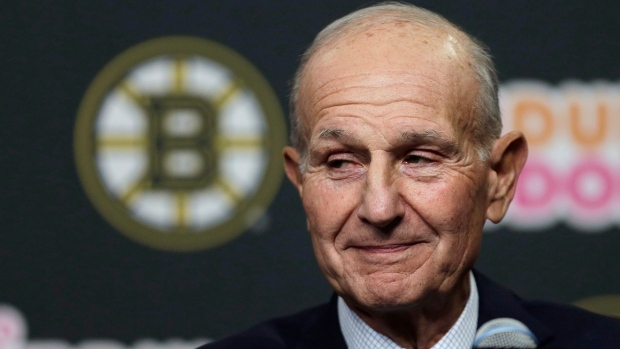 The National Hockey League may have two formal expansion applications to consider, but the chairman of the league's Board of Governors is not sure the league has a strong "will" for expansion.

Jacobs said that he's comfortable with the NHL's current 30-team structure at this point in time.

The Bruins owner also told ESPN that he thinks a Las Vegas franchise is more viable than one in Quebec City.

"Take a look at what's gone up in Nevada -- it's scary. I mean, it really is. It's a heck of an arena built there, and there's a strong interest there," Jacobs said. "Balance the fact, Quebec has a great hockey interest, [but] it's an extraordinarily small market."

Jacobs also said he was surprised that only two expansion applications were submitted when the league invited interested groups to apply in July.

"Take a look and see who applied. We had no applications from Toronto -- interesting," Jacobs said. "We had no applications from Toronto, so that says a lot. We had two legitimate ones, Quebec and Nevada -- it speaks volumes. I'd love to see us in the West to be up in Seattle. Seattle's a natural, and I would love to see one in Houston, but we can't get into that building. There are conditions and circumstances in each one of these that we have to take into consideration."