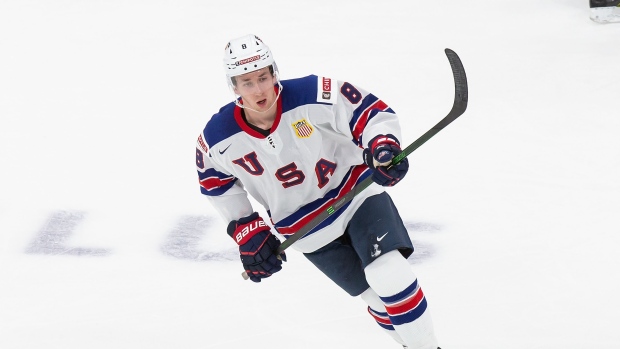 OTTAWA — The Ottawa Senators have signed defenceman Jake Sanderson to a three-year contract.

The 19-year-old American recently completed his second season of college eligibility at the University of North Dakota. He had 26 points (eight goals, 18 assists) in 23 games with the Fighting Hawks this past season.

“We’re very pleased to get Jake under contract,” Senators general manager Pierre Dorion said Sunday in a release. “An important cog to our future on defence, Jake is an effortless skater who possesses all the tools to be a complete NHL defenceman."

Sanderson was selected by the Senators with the fifth overall pick of the 2020 NHL entry draft.

He served as American captain at the 2022 world junior hockey championship and represented the U.S. at the Beijing Olympics last month.

Financial terms of the entry-level deal were not announced.