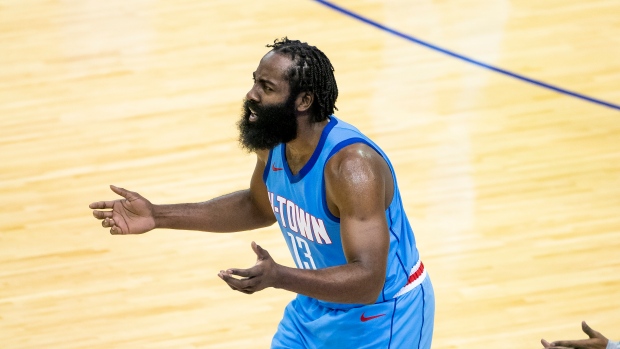 It's safe to say superstar James Harden is not happy in his current situation with the Houston Rockets.

The 2018 MVP didn't mince his words while speaking to reporters following a loss to LeBron James and the Los Angeles Lakers Tuesday night.

"I love this city. I literally have done everything that I can. I mean, this situation is crazy. It’s something that I don’t think can be fixed," Harden told reporters before leaving the post-game news conference.

Harden has been the subject of trade rumours all off-season and the start of the 2020-21 campaign after the Rockets were eliminated in the second round of the playoffs by the Lakers this summer in the Walt Disney World bubble.

According to ESPN's Adrian Wojnarowski, Harden is aware that the Rockets are looking to move him, but no deal is imminent as the asking price for the eight-time All-Star is steep.

James Harden's aware that the Rockets are continuing to discuss trade scenarios with teams, although no deal is imminent, sources tell ESPN. Houston's asking price remains steep, as you'd expect it would for a player of Harden's caliber. https://t.co/I4RuHgzcvU

The 31-year-old is averaging 26.0 points, 4.9 rebounds and 11.0 assists over seven games this season, his ninth with the Rockets.

Houston is 3-6 on the season and sits near the bottom of the Western Conference standings.