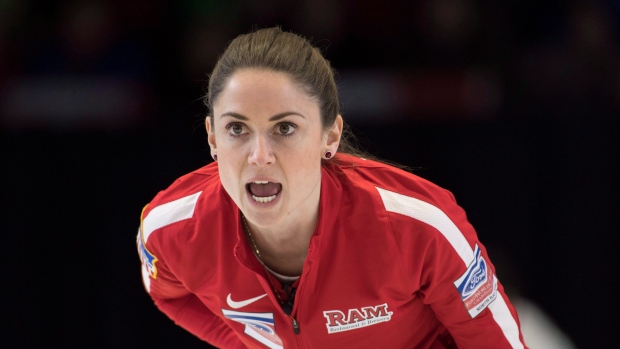 Americans Jamie Sinclair and Monica Walker have announced they will reunite for the 2020-21 campaign after a year apart.

The new-look foursome will see Sinclair at skip, Walker, who previously played lead, at third, Cora Farrell at second and Elizabeth Cousins at front end.

Heres the announcement you’ve been waiting for! 🥌 My curling career is far from over. I’m thrilled to say Monica is back from retirement and that we are reuniting for a run at the 2022 Winter Olympics. A lot of the success we’ve enjoyed in women’s has been with each other!(1/3) pic.twitter.com/C9HWgdV4GA

I’ve learnt a lot in my past seasons and I think that those trials and tribulations make you stronger. My fire has been lit and I simply can not wait to get back on the ice with this team. We are going to push limits and break boundaries! (3/3) @TeamJSinclair pic.twitter.com/lWKzVVnp3E

“I’m thrilled to say Monica Walker is back from retirement and that we are reuniting for a run at the 2022 Winter Olympics,” Sinclair said. “This combination of seasoned veterans and fresh talent is ready to fight its way to the top.”

Sinclair, 28, played with Cory Christensen, Vicky Persinger and Taylor Anderson this past season. Sinclair and Walker were teammates for three seasons from 2015 to 2018, winning three United States titles with two appearances at the world women's curling championships. They finished with 6-6 round robin records in both appearances, making the playoffs and finishing fourth in 2018.

Sinclair, a native of Anchorage, Alaska, became the first American to win a Grand Slam by capturing the 2018 Players' Championship in Toronto alongside Walker.

Walker, a 33-year-old native of Concord, Massachusetts, is excited to team up with Sinclair once again.

“Any success that I’ve ever experienced in women’s curling has been with Jamie. Together we are three-time National Champions and 2018 Grand Slam of Curling Players’ Champions. I have the utmost respect for Jamie’s talent as a player and I look forward to supporting her in a new role on this team," Walker said. "I’m really excited to see what this squad can do.”

Team Sinclair joins Team Cory Christensen as two of the three women's teams in the United States' High Performance Program for next season.