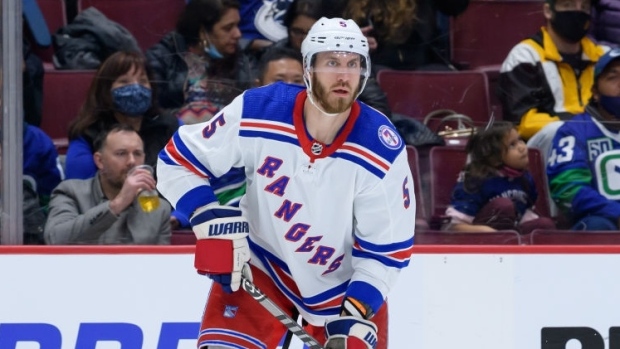 The New York Rangers have placed defenceman Jarred Tinordi on waivers, it was announced Sunday.

The 29-year-old has appeared in seven games so far this season, scoring one goal in seven games. This is his first season with the Rangers since being signed over the summer.

Tinordi was selected No. 22 in the 2010 NHL Draft by the Habs and is a veteran of 109 NHL regular season games.