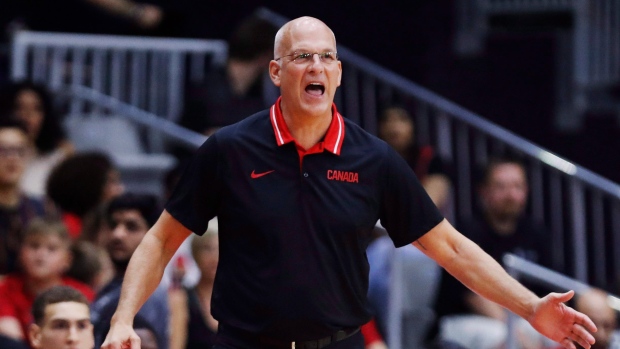 Mike Brown's Sacramento Kings coaching staff is set to have some Canadian flavour next fall.

Brown has lined up Denver's Jordi Fernandez and Triano to join Kings holdover Doug Christie on his SAC bench.

A native of Tillsonburg, Ont., Triano had spent the past four seasons as an assistant to James Borrego with the Charlotte Hornets.

Triano began his coaching career at Simon Fraser in 1988 and spent eight years there before taking a job with the Vancouver Grizzlies. In 1998, Triano was named head coach of the Canada men's senior team and led the team to the 2000 Sydney Summer Olympics. Triano would go on to spend several years as Canada coach over two stints.

In 2002, Triano became an assistant with the Raptors under Lenny Wilkens and continued on under both Kevin O'Neill and Sam Mitchell. After the firing of Mitchell in late 2008, Triano became interim head coach. The interim label was then removed the next spring, making Triano the first Canadian head coach in NBA history. Triano amassed a 87-142 record over three seasons with the team and did not have his contract renewed after the end of the 2010-2011 season.

After serving as an assistant with the Portland Trail Blazers for three season, Triano jumped to the Phoenix Suns in 2016. He was named interim head coach of the team after the firing of Earl Watson in the fall of 2017. Triano's Suns went 21-61 that season and he did not return the following year.

Brown, who is currently a lead assistant coach of the Golden State Warriors, was named head coach of the Kings last week. He replaces interim head coach Alvin Gentry, who was fired at the end of April.