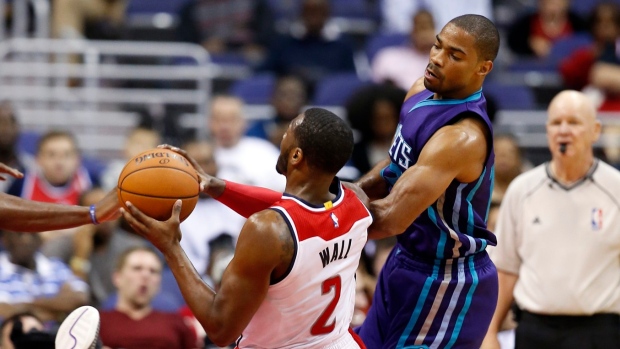 WASHINGTON - Al Jefferson scored 20 points and Michael Kidd-Gilchrist had 12 points and 11 rebounds as the Charlotte Hornets beat the Washington Wizards 96-86 Friday night in a preseason game.

John Wall scored 14 points for the Wizards (4-2) on 3-for-12 shooting. He had three assists and four turnovers.

Paul Pierce limped off the court following a hard fall late in the second quarter. The veteran forward went straight to the Wizards' locker room, but emerged without issue, started the second half and finished with 11 points.

Lance Stephenson did not play for the Hornets because of a strained groin.