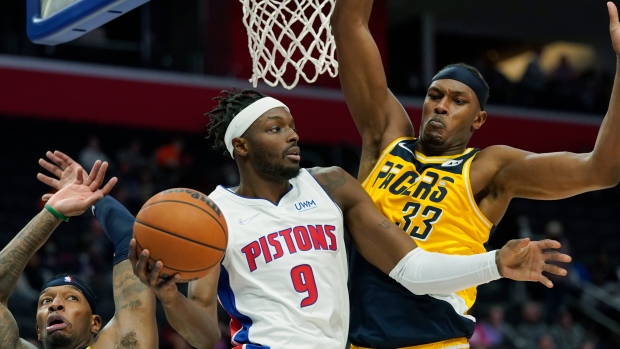 The Detroit Pistons have traded forward Jerami Grant to the Portland Trail Blazers in exchange for a 2025 first-round draft pick (via Milwaukee Bucks), according to ESPN's Adrian Wojnarowski.

The Pistons acquired Grant, along with the draft rights to guard Nikola Radicevic, in a sign-and-trade agreement with the Denver Nuggets for cash considerations. Grant signed a three-year, $60 million contract as part of the agreement.

Originally selected 39th overall in the 2014 NBA Draft by the Philadelphia 76ers, Grant has averaged 11.4 points, 3.9 rebounds, and 1.3 assists in 555 career NBA games split between the 76ers, Oklahoma City Thunder, Nuggets and Pistons.

Grant missed 33 games during the 2021-22 season with a sprained ligament in his right thumb and later a left calf strain.

The 6-foot-8 forward is entering the final year of a three-year, $60 million contract.