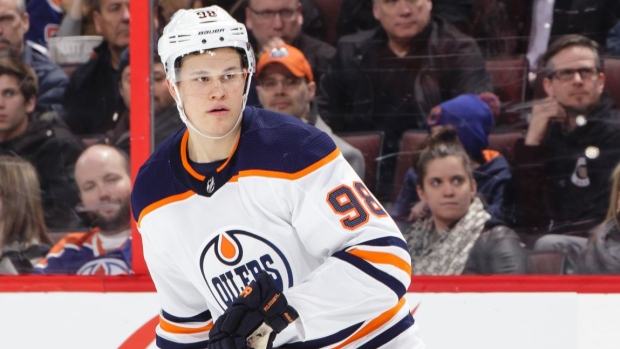 Edmonton Oilers restricted free agent Jesse Puljujarvi has signed a one-year contract with Finnish club Oulun Karpat, though the deal does include an NHL opt-out clause until December 1.

Puljujarvi has stated his desire for a fresh start away from the Oilers this summer and said last week he's hoping for a top-six role with his new team.

The 21-year-old played with Karpat for two seasons before being drafted fourth overall by the Oilers in 2016. The deadline for restricted free agents to sign in the NHL to play this season is Dec. 1.

Puljujarvi has struggled to carve out a permanent role on the NHL roster with the Oilers since making the leap to the NHL in 2016. His most recent season ended with surgery on both hips in early March. He had four goals and nine points in 46 games before going under the knife.

"The great thing is, Jesse has decided to make a season-long deal with us," Karpat's sports director Harri Aho said, via a translation. "Jesse is a thoroughbred whose physics, skills and talent will surely be enough for the NHL. We want to be there to help and support Jesse towards that goal."

Puljujarvi's agent Mark Lehto said earlier this month that his client's trade demand has nothing to do with salary negotiations.

"This is not a bluff attempt," Lehto reiterated to Finland's Helsingin Sanomat on Monday. "Puljujärvi is and has been convinced that he needs a change. He is an NHL player.

"This is about getting an opportunity for a new start. The salary can be almost anything."

Lehto said last month that changes at general manager and head coach have done little to convince Puljujärvi to return to the Oilers.