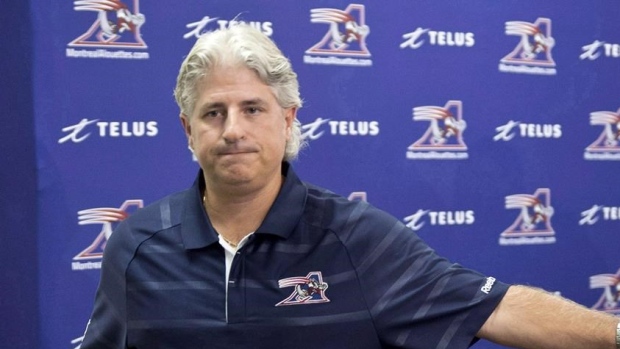 Longtime CFL executive Jim Popp has been named the director of player administration for the USFL, which is re-launching in 2022.

Congrats to legendary @CFL head coach and GM Jim Popp (@PoppJim) on being named Director of Player Administration for the @USFL! 👏 pic.twitter.com/uzqZW3hf21

Popp, 57, is best known for his 21 years as vice-president, general manager, director of football operations, and director of player personnel of the Montreal Alouettes.

Popp last worked for a CFL team in 2019 when he was GM of the Toronto Argonauts before being fired late in October of that year after a 2-12 record.

Popp was named the 2011 Sports Executive of the Year by Sports Media Canada.

The USFL announced in June it will play next spring with a minimum of eight teams and "deliver high-quality, innovative professional football to fans.”

“I’m extremely passionate about football and the opportunity to work with Fox Sports and to bring back the USFL in 2022 was an endeavor worth pursuing,” said Brian Woods, co-founder of the new USFL and founder and CEO of The Spring League.